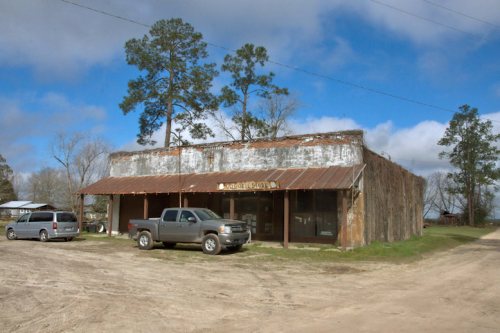 Cogdell, though now largely forgotten, is perhaps best known as the birthplace of the late actor, Ossie Davis and its association with the Sessoms Timber operations.

Some memories of life in Cogdell:

Mitzi Usry: My grandparents lived in Cogdell and I still have family there. The best part of my childhood was visiting during the summer. Some of the best people in the world have lived and walked down the dirt road in front of that store.

Syliva Josey: We sure had some good times on that dirt road walking to Uncle Bo’s and Aunt Bonnie Sue’s and Granny Braswell’s,  too. Miss the old days.

Faye Sutton Higgs: I have been told that my Grandpa Sutton managed this store a long time ago and also had a barber shop there as well.

Glenn Hodges: This hamlet was a thriving town when my great-grandpa and his family lived there. They raised cows, turpentined, farmed, cut crossties and sold them to the railroad…My daddy saw his first airplane here. I used to travel and stop at the store when it was open. Hardly anyone lives there, so the possibility of restoring Cogdell to some of its former glory is almost hopeless.

Kevin Burnette: My Uncle, Kenneth Burnett and Grandfather, James Burnett had a “Bee House” there back in the late 60’s into the early 70’s. I fondly remember helping my Granpa (with my cousin, Jason McLain) going from area to area to pick up hives to get the sweet rewards of honey. Great memories.