In preparation for an upcoming documentary, I’ve been reviewing my archive of over 2,000 photographs made on various film cameras before I made the switch to digital in 2007.  I’m sharing some of them here and hope they are of interest. Amazingly, most of these structures are gone now and remind me why I do what I do. The images above, of a wintry landscape adorned with a crude pioneer cabin with a fieldstone chimney, were among my first favorites. I had 8x10s printed and looked at them with a sense of awe at the loss that was accelerating around me. As with many of the places I shoot, I’ve wished many times that I’d returned to this quaint little cabin for more photographs. I’m not quite sure when it was demolished but it was gone before 2010.  Such stories of loss motivate me to photograph nearly everything I can that I believe to be of cultural or historical value and I hope my work inspires others to pick up their cameras and do the same in their neck of the woods.

Hunter’s was a local favorite and welcome stop for travelers along Highway 32 for years. They even had parking for semi-trucks. Their goat sandwich, with chips & Coca-Cola was my favorite. Though Hunter’s closed not too long after this photo was made, it’s legendary barbeque sauce has been resurrected by the Hutto family, who now operate the location as Hutto’s Barbeque. It’s just as good! 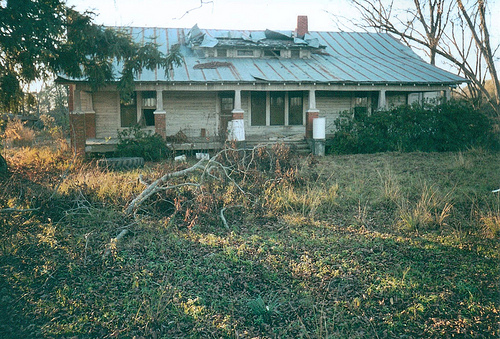 This house was demolished by 2010. 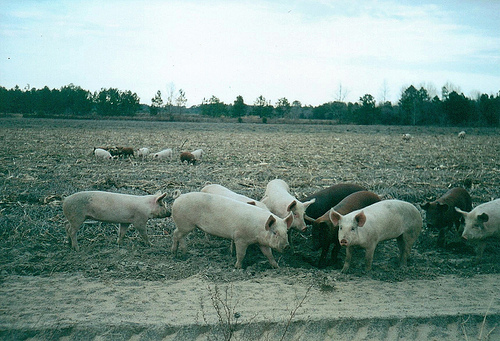 I can’t count how many times I passed this store traveling between Fitzgerald and Tifton over the years, though I honestly don’t remember it ever being open. It was razed in early 2012. (I’m not sure of the spelling of the owner’s name, but thanks to Dale Bledsoe for the information.)

This house was also an early favorite of mine. It was razed in 2007. 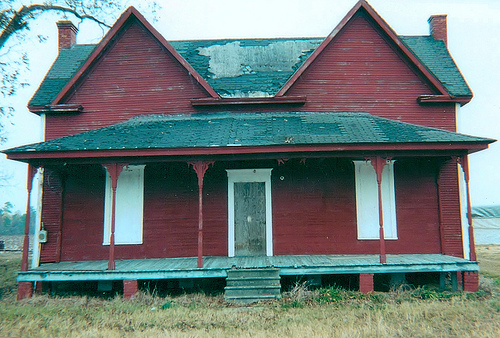 This Folk Victorian, long a landmark in the area, was demolished before 2007. Thanks to a recent (2016) message from Daphne Griffin, I now know a bit more about the place: My father grew up in that house beginning around 1941. His name is Charlie Jesse Griffin, known as C.J. He grew up there with his mother, Osteen Roberts Griffin, his grandfather, Charlie Roberts, and his three brothers, Denzil, Herman, and Therman Griffin. My grandmother Osteen lived there until around 1960. The house was owned by Otto Griner at the time they lived there. 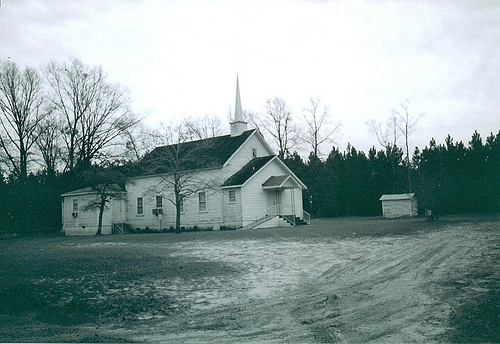 The two churches pictured above are among Ben Hill County’s most historic African-American congregations.