This house is to me one of the great rural landmarks of South Georgia, due not only to its imposing stature but its pastoral setting behind mossy oaks. I never knew anything about it until recent correspondence (October 2017) with Alysssa McManus, a Florida architectural historian who has been as fascinated by it as I have. Some mysteries about people connected to the house have arisen.

I’m removing earlier points made about the house until I can clarify its history. It is also referred to as the Wasden-Snow House. 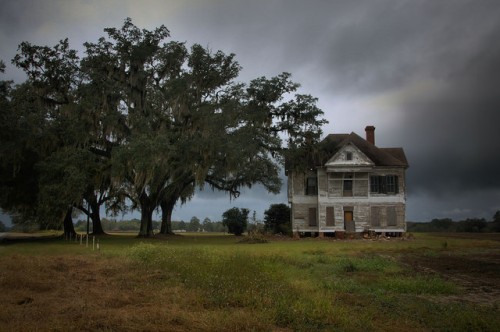 Thanks to Marian Phillips and Michael Williams for sharing photographs and inspiring me to find this place.