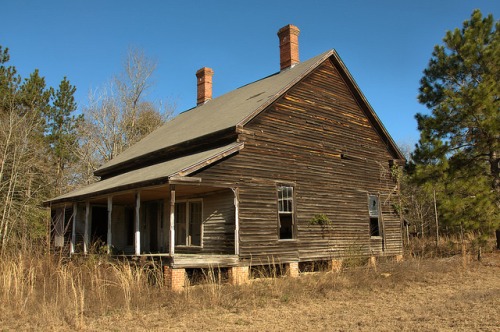 I can’t find any information about Lexsy, but it was a small crossroads settlement at one time, with at least one general store. It had a post office from 1899-1967. This house was likely the largest in the area. 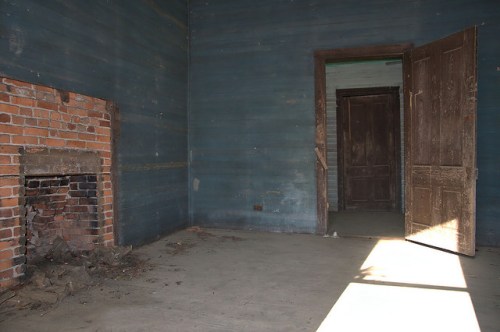 The plank walls are in relatively good shape; mantles have been removed from the fireplaces. 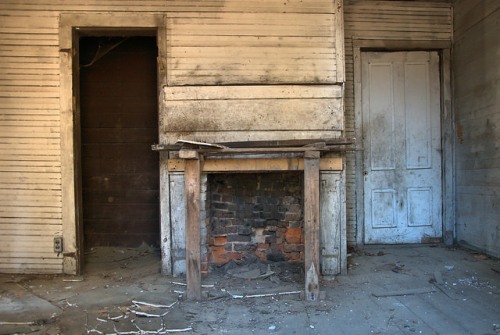 A shingle roof, likely added in the last 30 years to replace the tin or shake original, is probably the only reason the house is still standing. 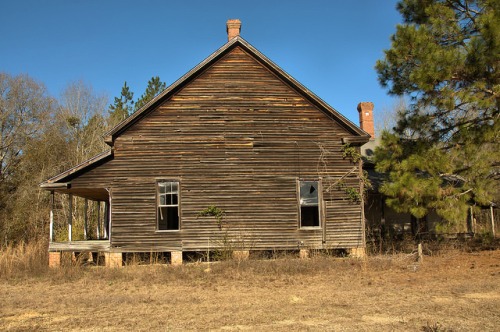 Jones Hooks writes: My grandparents lived in Lexsy. One of the General Stores was operated by Elsie Hooks – it was an old wooden store with a potbelly wood stove in the center. It burned and was replaced by the brick building that you have pictured. I’m not certain about the wood exterior that was added to the building and when that came about. Another store across the road was run by Mr. Willie May. I remember there was at least one more store located on the east side of Highway 1, but I’m not certain who ran that store. At one time there was a cotton gin in Lexsy and my Grandfather was involved in that gin. There was a school for black students in Lexsy too. My Grandfather was a Primitive Baptist Elder and preached at New Hope Primitive Baptist Church outside of Lexsy. And, yes, there was a telephone exchange located in Lexsy.