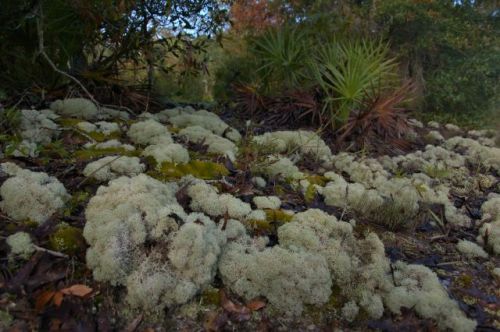 The sandy ridges of the Alapaha River bottomlands are abundant with these lichens and mosses. On Crystal Lake Road, near the river, they blanket the right of way for nearly a mile.

I don’t know enough about these species to say much about their biology, but they’re a beautiful sight and seem almost otherworldly. The dominant blueish-green variety in most of these photos is known as Dixie Reindeer Lichen, or reindeer moss locally, (Cladonia subtenius). It’s widespread in protected areas throughout South Georgia. 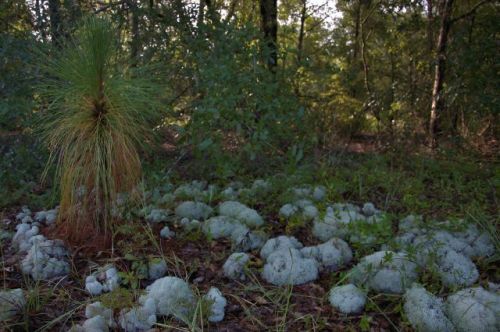 The species seen below is known as British Soldiers (Cladonia cristatella), for the bright red “blooms”.