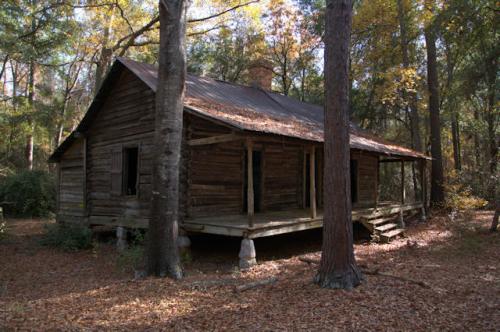 John Rountree was born in 1809 in present-day Emanuel County. His father, Joshua Rountree, had migrated to the area from Greene County, via Tar River, North Carolina, probably at the turn of the 18th century. John built this house around the time he married Nancy Brown Kent in 1832. He died in 1858. The house is quite significant in a number of areas. It was built by a member of one of the pioneer families of Emanuel County and as a a surviving example of the rural architecture of that period, it’s unequaled in the area. 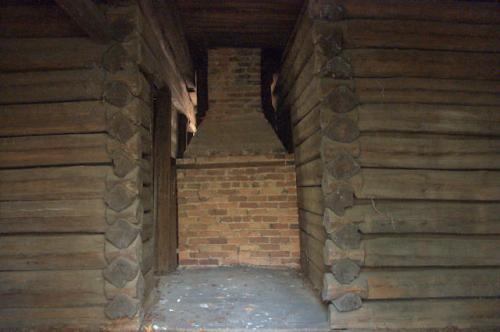 Early log saddlebag houses are very rare and the Rountree House is made even more significant by the use of diamond notching on the logs, one of fewer than ten known to exist in Georgia. As is the norm with this style, a large brick chimney is centrally located between the two original rooms 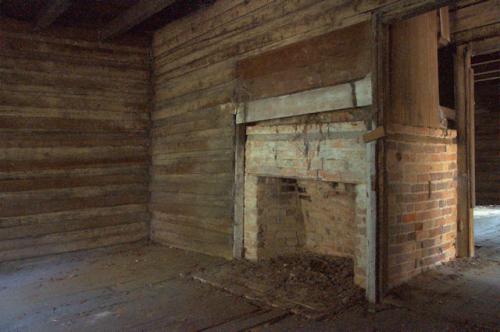 Also, instead of chinking, the logs are sealed with battens on the interior. A later shed room was added across the back of the house no later than 1845-50 by John Rountree. 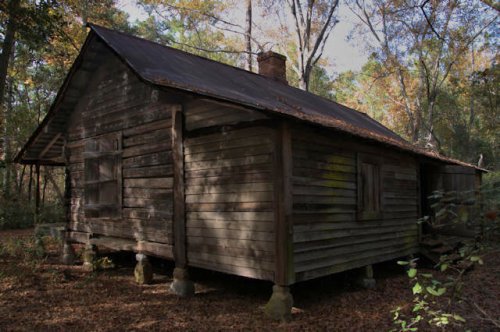 The house remained in family hands until 1995, when Lynne Santy Tanner and her brothers, Chris and Ross Santy, transferred the house and surrounding ten acres to the City of Twin City. It has been recognized by the Georgia Trust for Historic Preservation as a 2017 Place in Peril. Its regional architectural significance can’t be overstated. 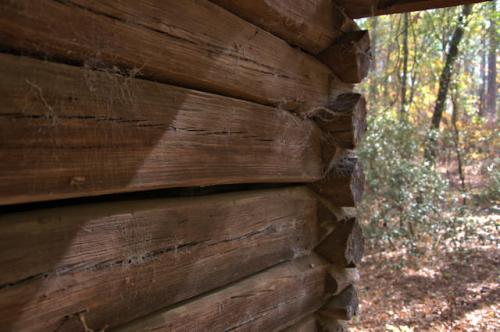