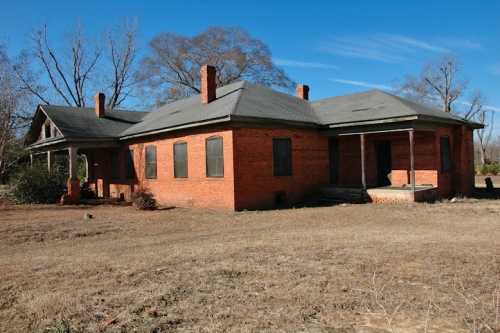 I first thought this might have been a school that was later transformed into a house, but that is not the case. Olivia Williamson Braddy writes: This house was built for Joseph Jackson “Joe” Powell (1871-1957) and his wife, Ava Cynthia Youmans. Five children were born and reared here. After Cynthia’s death in 1942, Joe married Maggie Keene Morris. Following their deaths, the house was sold to Schley Williamson and continued as a dwelling until his daughter, Vernery Williamson Cason, passed away in 2010. It was always used as a residence.

Joe Powell was a well-known resident of Oak Park, who besides teaching school, also had a reputation as a builder of many structures, both residential and commercial, in the community.