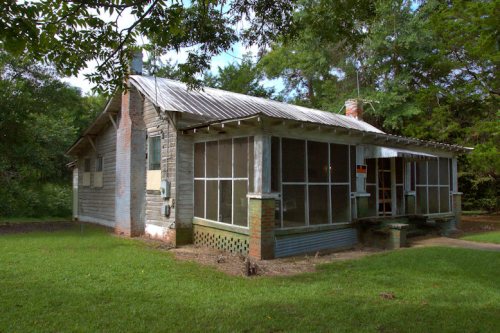 Thought to be the oldest house in Lumpkin, this was originally a log dogtrot to which siding was later applied.  It was the home of Jared Irwin, namesake nephew of the early Georgia governor. Upon the death of the younger Irwin’s parents, Alexander and Penelope Irwin, he was adopted by his uncle. He was in the first graduating class of Franklin College (now the University of Georgia), was an original settler of Lumpkin and served as clerk of the inferior court of Stewart County. During the Creek War of 1836, he was killed in the Battle of Shepherd’s Plantation and was tied to his horse, which returned his body to Lumpkin.

The house has been modified over time but the interior remains in largely original condition. The shed room along the rear and the front porch are later additions. It is also known as the Irwin-Partain House.