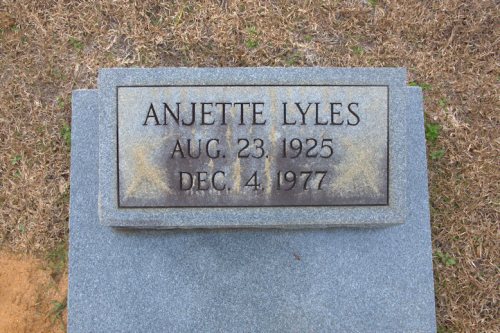 Though largely forgotten today, the story of Anjette Lyles and her morbid crime spree was one of the most sensational in 20th-century Georgia. Lyles was born Anjette Donovan in 1925 to a relatively prosperous family. She married Ben Lyles in 1947 and soon after the birth of the couple’s first daughter, Marcia, went to work in the Lyles family’s popular downtown Macon restaurant with Ben’s mother, Julia. Ben, a veteran of World War II, apparently had a drinking and gambling problem and sold the restaurant far below market value in 1951 to pay off a gambling debt. Anjette, who had recently given birth to the couple’s second daughter, Carla, was furious that Ben hadn’t consulted her before the sale. Ben suddenly fell ill in December 1951. Doctors at the Veterans Administration ran a battery of tests but were unable to determine the cause of his sickness. He never recovered and died on 25 January 1952. After his death, Anjette moved in with her parents while learning the ins-and-outs of the restaurant business and saving money. She bought back the Lyles Restaurant in 1955 and renamed it “Anjette’s”. It quickly became one of Macon’s most popular eateries. She hired her mother-in-law, Julia, to help bring back some of the old Lyles customers. 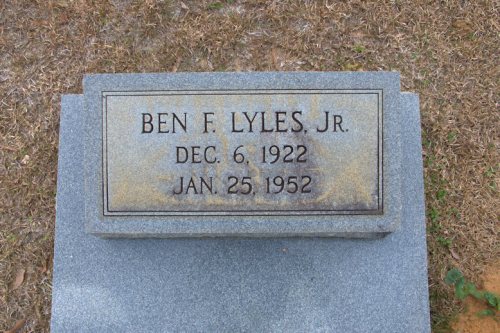 In July 1955, Anjette went on a vacation with one of the restaurants new regulars, pilot Joe Neal [Buddy] Gabbert and upon their return to Macon, many were shocked to learn that they had been married on the trip. Rumors began to circulate almost immediately, as Buddy was gone most of the time. It didn’t help that Anjette was a big flirt and was known to dabble in “black magic”. Restaurant staff reported that she had been seen whispering to black candles when she thought no one was around. In October 1955, Buddy went to the hospital for a minor operation on his wrist. When he returned home to convalesce, he developed a fever and a rash which spread over his body. Doctors were at a loss as to explain the origin of the rash and after his condition continued to deteriorate, he died on 2 December 1955. Shortly after Buddy’s death, Anjette changed her name back to Lyles and bought a house and new car with the insurance settlement. This raised eyebrows in Macon. Julia Lyles moved in with Anjette to be with her grandchildren but the women did not get along well. Anjette wanted Julia to make a will but Julia refused. In 1957, Julia became ill and was hospitalized, dying on 29 September 1957. 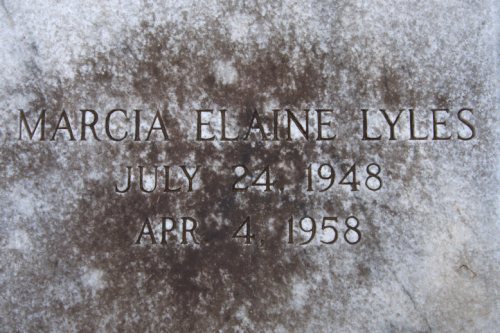 In March 1958, Marcia became violently sick at the restaurant and people in Macon began to be suspicious about Anjette. Marcia remained hospitalized with hallucinations and failing kidneys. She died on 4 April 1958. A coroner’s inquest initially found no indication of foul play but an anonymous letter from a restaurant employee suggested that Anjette had kept ant poison on hand and perhaps this should be investigated. The ant poison contained arsenic and this led the coroner to order the exhumation of the prior victims, who all showed signs of arsenic poisoning. A month after Marcia’s death, while Anjette was in the hospital for varicose veins, she was arrested and charged with the murders of both her husbands, her mother-in-law, and Marcia. Her trial in October 1958 was a media frenzy. She was found guilty and sentenced to death but Governor Ernest Vandiver, unwilling to be responsible for executing a white woman, had her declared insane and placed in Central State Hospital in Milledgeville, where she died in 1977.

Ironically, she was buried alongside Marcia and Ben, in the Donovan family plot at Coleman’s Chapel United Methodist Church cemetery near Wadley.

Jaclyn Weldon White’s Whisper to the Black Candle is the most comprehensive book on the subject to date.