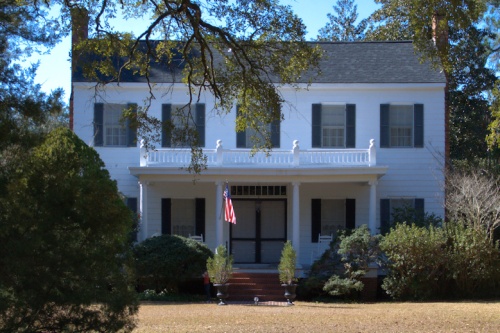 This home was built by John Gindrat Morel (1808-1871) and surely took its name from the nearby Uchee Indian settlement and English trading post known as Mt. Pleasant, on a high bluff of the Savannah River. One of Georgia’s earliest forts was located at Mt. Pleasant, under the command of Captain Thomas Wiggin, an Indian trader. Morel was a relative of Pierre Morel, whose descendants owned Ossabaw Island for more than a century, beginning in 1760. He was married to Elizabeth Kennedy, a great-granddaughter of John Adam Treutlen (1733-1782), Georgia’s first popularly elected governor. Thanks to Kenneth Dixon for background and genealogical information.