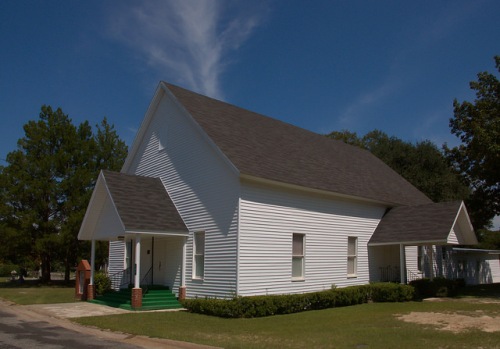 A marker placed on the church by the John Howell, Sr. Chapter of the Colonial Dames of the 17th Century notes that this is the oldest church in Cook County. Constituted in July 1859, it was known for many years as the Lime Sink Church, for the mysterious lake located adjacent to the property and historically used by the congregation for baptisms. The so-called lime sink is a mystery because its source is unknown and analysis has never found any lime at the site.

This historic New Deal post office was saved and is now home to the Cook County Historical Society Museum. Mary A. King writes: My father, James S. Bailey, was in charge of some of the W.P.A. projects at that time and I know some of the work in Cook County was his, and I believe he was in charge of the construction of the post office, too. I seem to remember having seen photos of the construction process and hearing my parents talk about it, but I wasn’t born until 1941, just before the war started and that changed a lot of things, of course. He was doing W.P.A. projects around Ashburn and Sycamore when I was born because I was born in Sycamore and our home was Nashville in Berrien County.

I always thought this was an old theatre, but thanks to B. Sutton, I now know that it was originally a Ford dealership and was later O. P. Fausett’s Phillips 66 station. 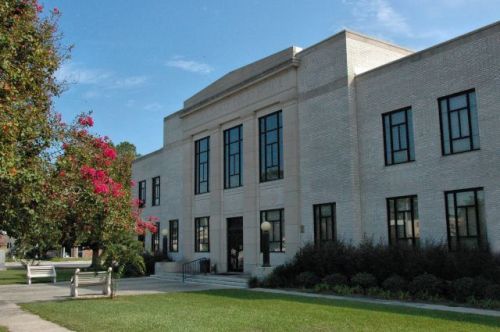 Designed by William J. J. Chase, the “Stripped Classical” design of this courthouse is often mistaken for Art Deco.

Though officially known as the SOWEGA (Southwest Georgia Melon Growers Association) Building, this landmark, designed by the Atlanta architectural firm of Daniell & Butell, is generally referred to as the Watermelon Building, due to the small watermelon ornaments between the second and third floors. The association was a cooperative formed in 1921 to help area farmers maximize profits for their crops; the SOWEGA Building was constructed at a time when Cook County was dubbed “The Watermelon Capital of the World”. They also published a newspaper for members, The Sowega Standard, which was produced in this building. The Del-Cook Lumber Company purchased the building in 1960, and the Metcalf Lumber Company in 1986. After years of general disrepair, it has recently been restored.