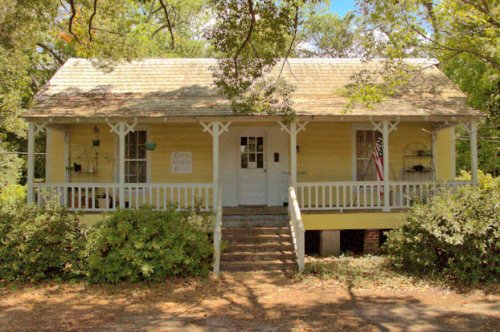 Featuring elaborate fretwork on the front porches, this Plantation Plain takes on an unusually Victorian appearance.

This is said to have served as the Pierce County courthouse from 1875-1902, having been condemned and moved by the Donaldson family to this location in 1903. It is best known today as the Belvin House, for owner Robert Belvin. Other owners over the years included Charlie Davis and Gene Baker. The Blackshear Times references Pierce County historian Dean Broome in validating the courthouse identify. The GeorgiaInfo page on Pierce County states that the courthouse was torn down in 1902, but I’m deferring to the local sources on this for now.

I’m a bit curious as to why a marker outside the house calls it the Belvin Home, with no reference to it being the old courthouse. If that is indeed what it was, the name should be changed to reflect it. The most likely scenario is that the old courthouse, which was said to be in bad condition in 1902, actually was razed and some of the lumber was salvaged to build this house. If so, the date of the house should be 1903, not 1875. I hope to get some feedback from Pierce County. 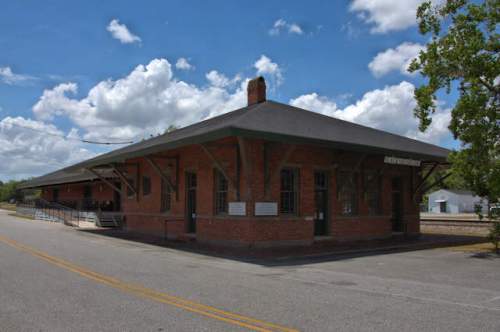 Built to replace the Savannah, Florida & Western depot which burned in 1917, this structure was used by the Atlantic Coast Line and Seaboard Coast Line for passenger and freight service and handled freight as late as the 1970s. It now houses the Pierce County Heritage Museum. 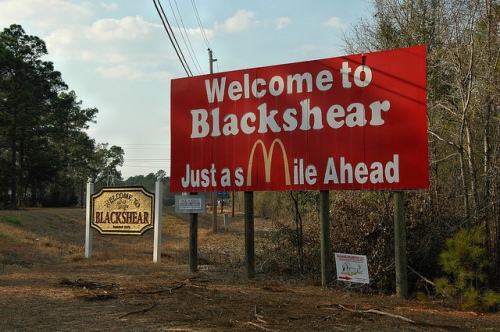 I debated posting this, as I neither endorse nor have an interest in fast food. I thought it was a good idea to promote the town and the business; such boosterism was once common but not so much anymore. 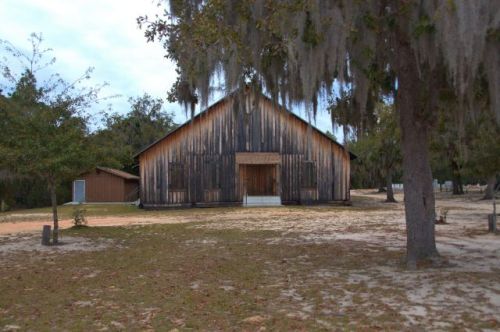 Organized in 1833, Shiloh’s earliest members are some of the first settlers of this section of Georgia. 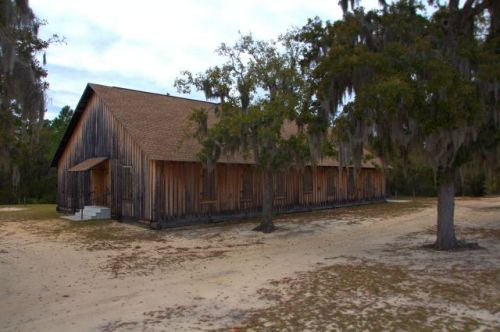 The congregation is still active today; storm windows have been placed inside to give some protection against weather, and new restrooms with modern plumbing are adjacent to the church. 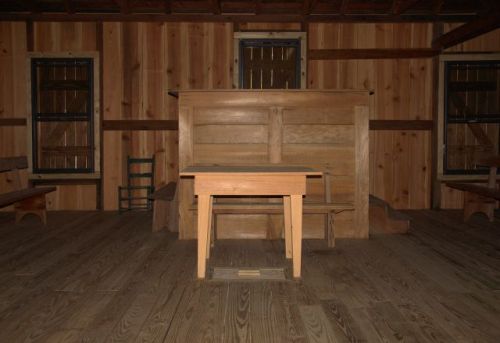 The rafters pictured above serve as hat racks, each studded with nails for that purpose.

Isham Peacock was one of the most influential early Baptists in Georgia, and certainly the most influential of the Primitive Baptists. After first joining Lott’s Creek Primitive Baptist Church in Bulloch County around 1802, he went on to establish Black Creek, Beard’s Creek, Salem, and most notably, High Bluff at Schlatterville. As to Peacock’s theology, it was decidedly Calvinistic. Historian Michael Holt notes that he was quick to speak out against the proper “discipline” of the Baptist faith. “In 1830, he was able to get Beard’s Creek Church to adopt a resolution forbidding Missionary and temperance speakers from taking the pulpit there. However, they rescinded the resolution as soon as he moved to Pierce County. Though he was alleged to be sober, he was known to demonstrate his aversion to temperance societies by carrying a cane full of whisky he used to refresh himself while preaching…The disgust Peacock showed toward organized attempts to regulate public morality was typical of frontier Baptists.”–Michael Holt, (Thesis) The “Gold Standard” of the Wiregrass Primitive Baptists of Georgia: A History of the Crawford Faction of the Alabaha River Primitive Baptist Association, 1842-2007, Valdosta State University, 2009. In addition to these activities, Peacock founded the first Baptist church in present-day Florida in 1821 (Pigeon Creek Primitive Baptist Church near present-day Boulogne). For a brief time, it represented an extension of Baptist theology into a foreign territory, as this was still part of Spanish Florida at the time and therefore was technically against the laws of Spain regarding the establishment of non-Catholic churches. Elder Peacock’s last church was Providence Primitive Baptist in Ware County, where he was preaching at age 101; blindness ultimately ended his life of preaching and he moved to the Jacksonville area. On a trip to visit family members in Pierce County in 1851, at the age of 107, Peacock died and was buried at Shiloh. 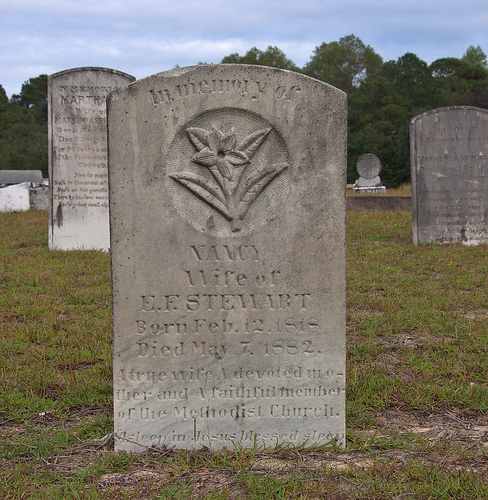 The Blackshear Bank Building is one of South Georgia’s nicest, featuring marble siding and strong Art Deco details, especially the corner eagles, as seen above. Though I’ve not located any history, the bank was likely built between 1930-1945. 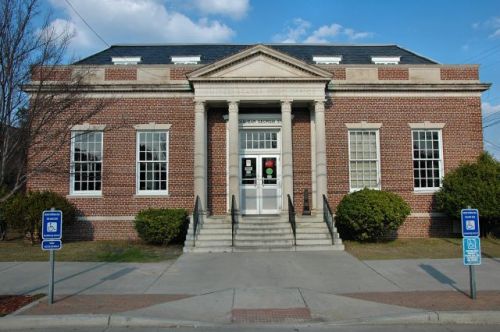 This was built quite late for a New Deal post office. A testament to the construction methods and workmanship, many of the post offices built during the Great Depression and World War II are still in use.