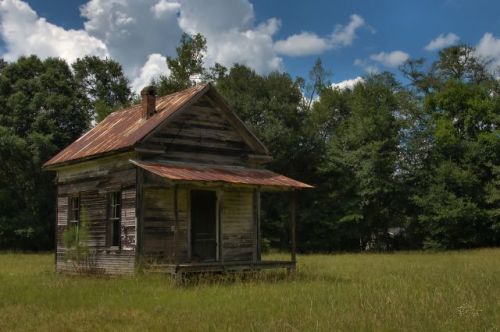 This is quite small, even for a shotgun house, so I initially thought it might be an old office building, but there’s another one on the property (which I was unable to photograph due to vegetation) which led me to believe it might be a tenant house. Pete Tyson clarifies: That was the first aid/hospital of Cedar Springs that Mrs. S. A. Wright told me about. It was moved there in the 1960’s from the little dirt road behind Johnny Golden’s store. It was a barber shop (drinking spot) that was run by Bill Adams and he later moved his shop to Columbia, Alabama, to the old Orr’s Gun Shop on Highway 52. The other was a beauty shop run by May Megahee.

William C. Evans notes: The building was moved twice. Originally it was a dispensary and band room at the Cedar Springs Academy. The first time it was moved, it was used as a post office. It was later moved again to its current location and was used as a barbershop. Dr. Crozier’s house was the medical facility of Cedar Springs.

Though it’s obviously best remembered as a barber shop, I’m identifying it by its original purpose. 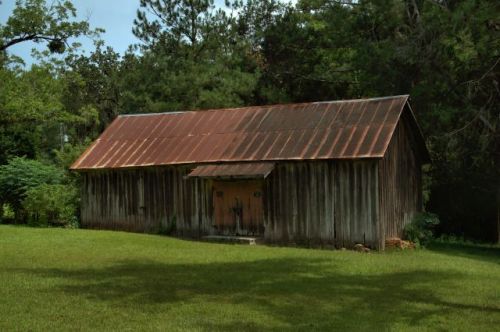 Update: This structure was seriously damaged by Hurricane Michael in October 2018. 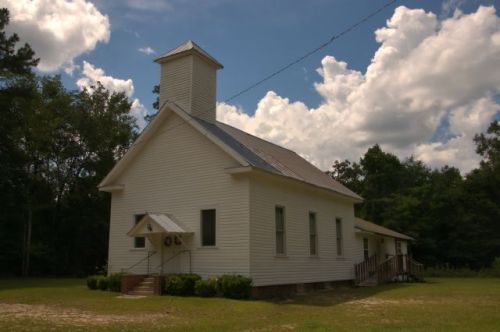 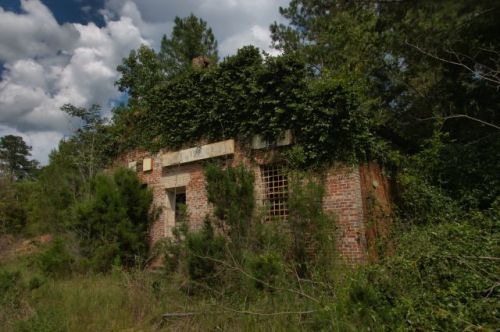 Pete Tyson writes that this was Claude Golden’s store. He also sold gasoline as there’s a nearly-gone Shell sign in front of the building.