Cuthbert might be the last place one would expect to find an exquisite copy of Michelangelo’s Night, but it’s an unmistakable presence just inside the entrance to historic Rosedale Cemetery. It’s one of the finest examples of anonymous public art to be found in Georgia.

It marks the graves of Aaron Lane Ford (1903-1983) and his wife Gertrude Castellow Ford (1913-1996). Ford was a lifelong Mississippian and represented that state in Congress from 1935-1943. Mrs. Ford was the daughter of Congressman Bryant Thomas Castellow, who represented Georgia in Washington from 1932-1937. Though they spent their married life in Mississippi, I presume Mrs. Ford’s local connections are the reason they were interred here.

The allegorical sculpture was originally created for the tomb of Giuliano de’Medici in Florence and is considered one of Michelangelo’s most important commissions. 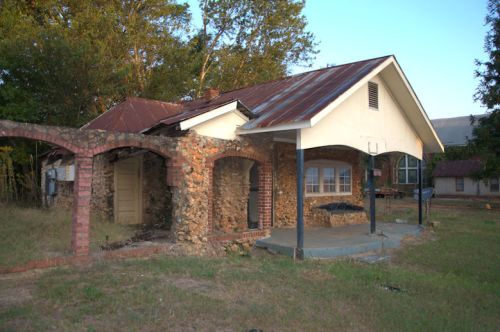 I’ve had a number of potential identifications for this house and restaurant but there is no consensus yet. I think it deserves documentation as an art environment, whatever it was. [NOTE: I’m still trying to confirm all of this information, so it may change at any time.] 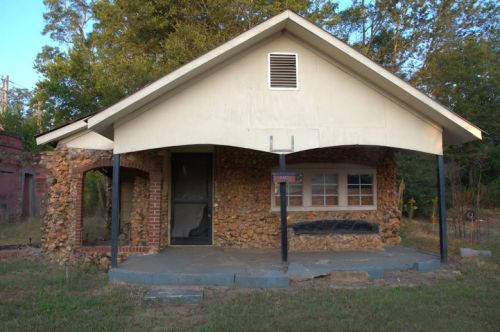 The complex consists of two structures. The primary structure appears to be a house, which looks relatively simple from the front.

Its layout is quite whimsical, though. There are numerous rock houses and structures created by visionary and self-taught artist architects throughout the United States, most focused on religious or spiritual themes. This one appears to simply be one man’s personal vision. I’m not sure if the house and restaurant were built at the same time. 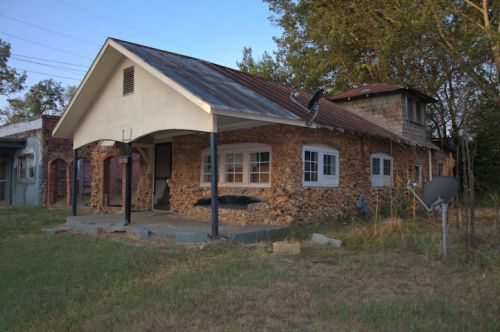 The second structure is sided with a mixture of limestone and cinderblock. Mac Moye notes that it was a restaurant for decades and that there are/were several similar limestone structures scattered around Randolph County.

It’s connected to the house by a series of arches, constructed of brick and limestone.

Perhaps the most interesting feature of the restaurant structure are the two willow trees/trees of life surrounding the windows.

The property appears to be in relatively good condition but should be recognized in order to preserve it as an art environment and community landmark. 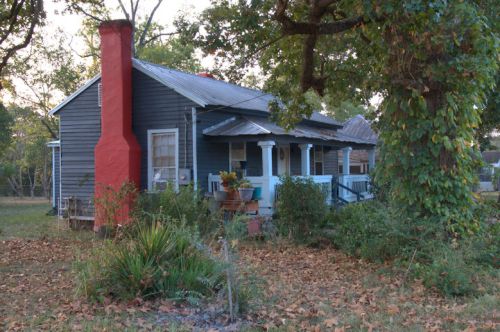 This house may be among the oldest in the neighborhood. I hope to learn more about its history. 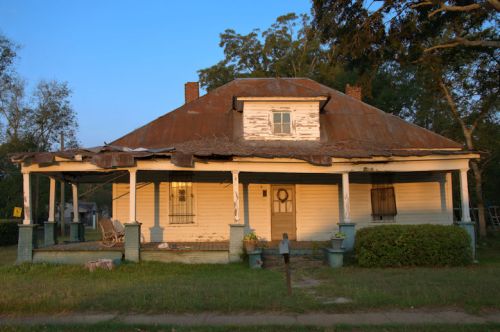 The porch extension and rear section are likely later additions.

This may have also served as a neighborhood store. I’ll update when/if I learn more. 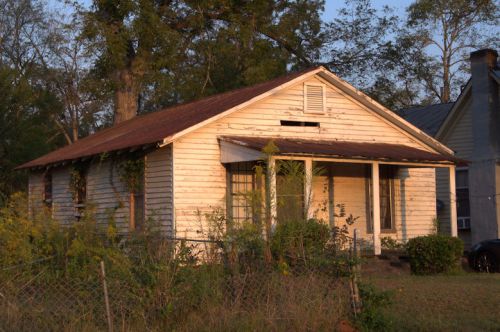 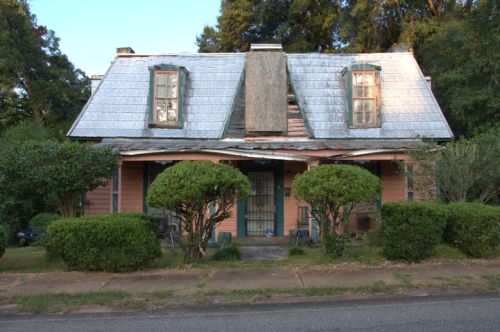 This fascinating small house is one of the highlights of Cuthbert’s earliest middle-class African-American neighborhood. 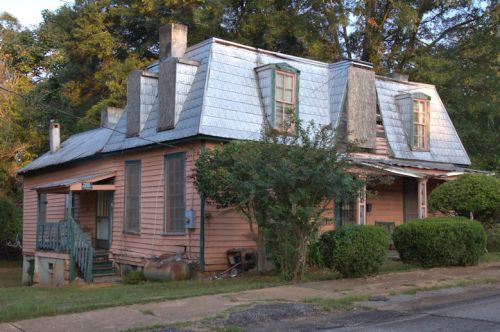 This home was built by Professor Fletcher Hamilton Henderson, Cuthbert’s preeminent black educator for well over half a century. Professor Henderson served as principal of Howard Normal School (later Randolph County Training School) from 1880-1942. The institution was owned by the American Missionary Association, a leading advocate for African-American education in the years following the Civil War. Henderson married Ozie Lena Chapman of Cuthbert in 1883. Mrs. Henderson also became an educator.

It’s likewise important as the birthplace of Fletcher Henderson, Jr., and Horace Henderson, who were influential in American music in the first half of the 20th century.  Upon completing college at Atlanta University in 1920, Fletcher (aka Smack) moved to New York and soon began working for Pace & Handy, a prominent publisher of African-American music. He was also an active member of the Harlem Symphony and later fronted a touring band that featured singer Ethel Waters. The band has the distinction of having the first known broadcast of jazz on radio, at New Orleans in 1922. At the height of the Harlem Renaissance, Henderson was the go-to accompanist of the great blues singers of the era and led the Fletcher Henderson Orchestra at Roseland Ballroom for many years. He worked with numerous instrumentalists, including Coleman Hawkins, Charlie Green, Don Redman, Louis Armstrong, Charlie Dixon, Fats Waller, and June Cole, among others. He sold his arrangements to Benny Goodman in the 1930s and worked with Goodman’s orchestra in the late 1930s and 1940s. The up-tempo jazz that Henderson had been playing in the 1920s came to be known as “swing”. Benny Goodman noted…Fletcher had one of the first great jazz swing bands in America and influenced any number of musicians in America.

Flectcher Henderson died in 1952.  His brother Horace, who led his own smaller band, went on to do arrangements for the Glenn Miller Orchestra and toured with Lena Horne at the height of her popularity. He continued to work with small bands until the 1970s.

These homes are located on adjacent lots. I presume they were built around the same time.