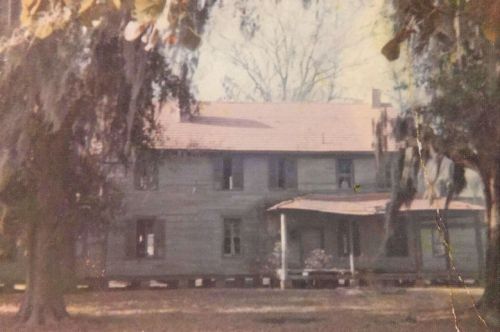 The Ludowici Roof Tile Company opened a factory in Johnston Station, Georgia in 1904. This large structure was its de facto community center and also provided lodging for traveling executives, salesmen and contractors.

The tiny settlement of Johnston Station was renamed in honor of William Ludowici, who donated most of the money required to build a schoolhouse in the overnight boomtown . The economic impact of the factory was massive and during its ten years in operation, it provided over 2 million square feet of roofing materials for government buildings in the Panama Canal Zone. After Ludowici Roof Tile left town in 1914, the Club House was generally used as residential housing.

John A. Brown, who made this photograph circa 1965 and graciously shared it with me, recalls that his Brown grandparents lived here during World War I, when it was owned by a Lang (Laing?) family. He also remembers a spring-fed pool on the property. His grandfather and a partner were in a cross-tie business known as Kendricks & Brown who had a government contract during World War I. I believe it was used as a boarding house but it may have also been rented to single families. I’m not sure when it was torn down, either, but it was likely not too long after this photograph was made. 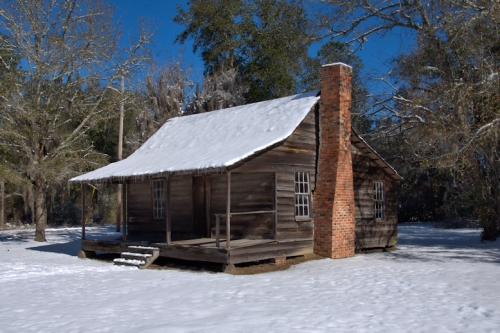 While I was out photographing with Mike McCall today, we ran into Jimmy Parker, who noted that he was born in this cabin and restored it in recent years. 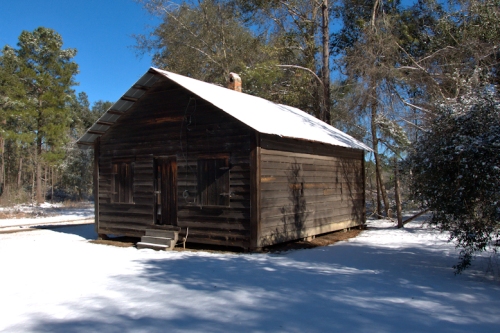 This commissary was part of the family’s timber and turpentine operations and was at its busiest during World War II.

On 3 January 2018, Winter Storm Grayson dumped snow all over Southeast Georgia, transforming the region into a winter wonderland. 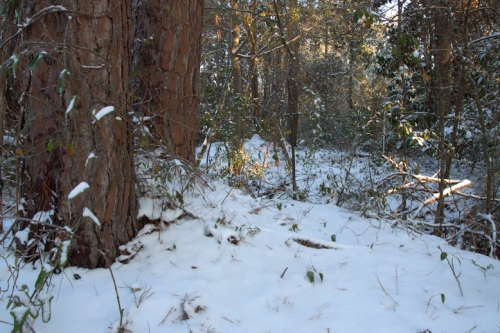 As snow goes, it may not seem like much, but many locales received their first measurable snowfall in nearly 30 years.

Snow plows and sand trucks are rarely seen in these parts.

The snow was nicest in the woods. 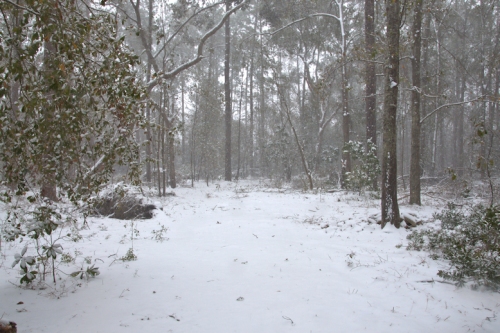 Because of the novelty of this kind of weather in our part of the world, people were out enjoying it throughout the day.

This house, which had been moved to this location years earlier, was one of several Long County landmarks demolished in 2017.

Thanks to Mike McCall for sharing this photograph. This Plantation Plain house, which was located near the traffic light in Ludowici, has been gone for quite a few years. I’ll share more information when I have it.

This is an early vernacular house with Ludowici tile roofing. The central chimney could indicate a saddlebag origin. It’s thought to be the last survivor of the factory housing built for the Ludowici tile factory; residents note that there were once quite a few of these, and the neighborhood was known as the “White Line”.