This eclectic Craftsman features spacious porches on both floors. It’s one of the most impressive houses in town. Jimmie Lou Smith writes: My grandfather, John Servant NeSmith had this house built when he moved his family to Nevils. His former residence was the colonial house located on Hwy. 46 and J. S. NeSmith road in Bulloch County. He also built the right portion of the two-story brick building (located in the middle of Nevils) and another two-story house next door to his home for a doctor to move there. Dr. Stapleton, who later moved to Statesboro, lived in that house for a period of time. It was torn down. It saddened me to see them destroy it for it was an impressive house. After my grandfather died my family moved to the above house to take care of my grandmother and bought the house at her death. I have very fond memories growing up in that house. It was very hard for me to sell it. 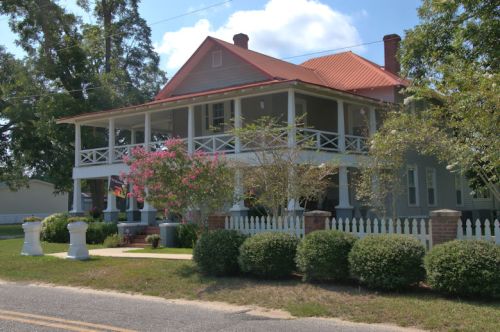 Though I pass through Nevils from time to time, I hadn’t photographed there since 2009. Having heard that the store on the right had collapsed, I had to investigate.

The Jack N. & Addie D. Averitt Foundation, a real credit to Bulloch County and the pursuit of history in general, recently placed this historic marker, entitled Nevils Station & Shearwood Railroad. It reads: This is the site of the Nevils railroad station. The paved road from Denmark to Nevils is the original bed of the Shearwood Railroad that existed from 1912 to 1937. John N. Shearhouse of Brooklet and George Brinson of Stillmore owned Shearwood Lumber Company in Brooklet. The began by opening the line from Clyo to Claxton. Farmers in the Nevils area promised to pay a large sum of money to run the line through the Sinkhole District. The railroad acquired right-of-way from Jake Nevils, the first merchant in the area.Farmers depended on the Nevils Station for shipping carloads of watermelons and receiving tons of fertilizer. Here many residents began excursions to Savannah and Tybee, after buying picnic supplies at Mr. Nevils’ nearby store. The SR established a morning passenger-freight train leaving Egypt and serving Leefield, Brooklet, Denmark, Nevils, Claxton, and Hagan. Mr. Shearhouse was killed and his son seriously injured in a railroad accident in 1926. During the Great Depression of the 1930s, the railroad declined and dissolved.  The tracks and equipment were removed and sold for scrap. Although the depot served as a country store after 1945, it was eventually deserted. 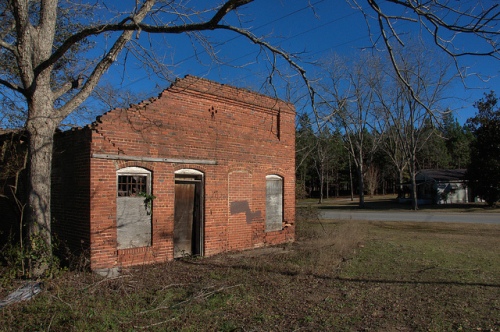 I don’t know of any other surviving architecture of the Shearwood Railroad, but would love to know if any exists. I believe this building deserves depiction from many angles. 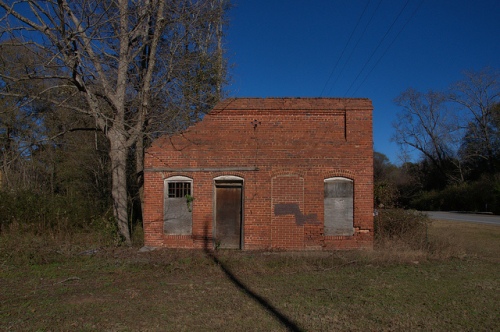 The yellow brick building with the Coca-Cola ghost mural below was a grocery/general merchandise store, but I don’t have any further background yet. 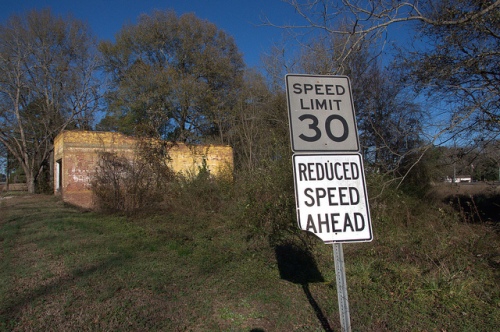 The town isn’t completely gone, though. There are a couple of stores and churches, as well as some nice old houses.

This is located near Nevils off Daisy-Nevils Road. 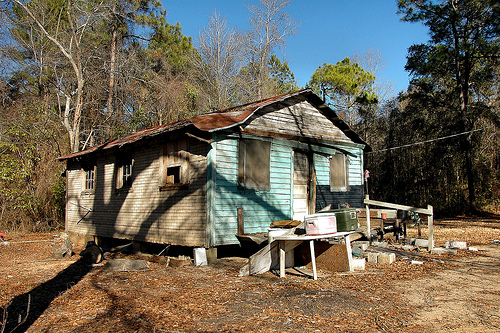 This house appears to have been vacant for some time. 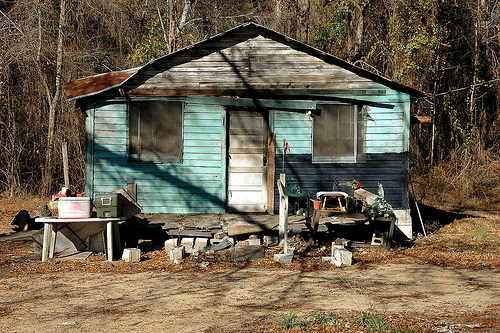 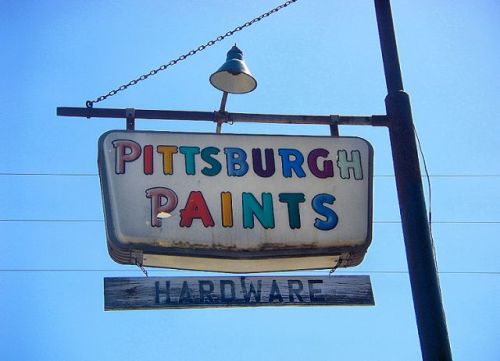 Barry Turner writes: I grew up in the two-story store to the left. Before my time, it even housed a movie theater (part of the screen was still visible upstairs). As a child, I was exploring on the roof and found a World War II era air-raid siren still bolted to the roof–but it wasn’t still functional. An episode of the TV show Route 66 was filmed in Nevils, and they used our store, among other locations. I remember playing with Darby Hinton, a child actor who later was Daniel Boone’s son on that TV show. The “Main Street” was dirt for part of my childhood, but the paving crew (when it was finally paved) provided eager customers for me as I sold boiled peanuts to them.