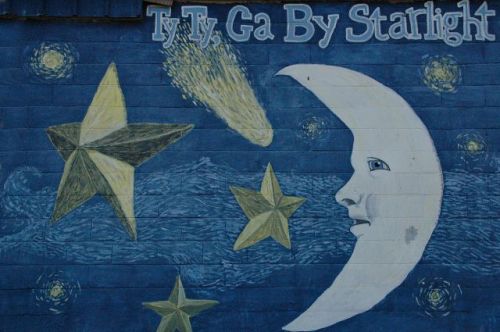 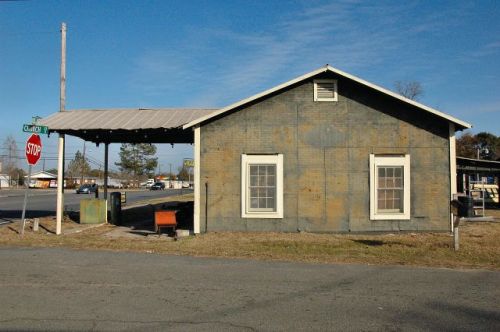 Stan Moye writes: I grew up about 100 yards from this store. It was owned by my grandfather Everett B. Daniel and rented to his cousin, Ed Willis, who operated it as a gas station, or “fillin station” as we called it. 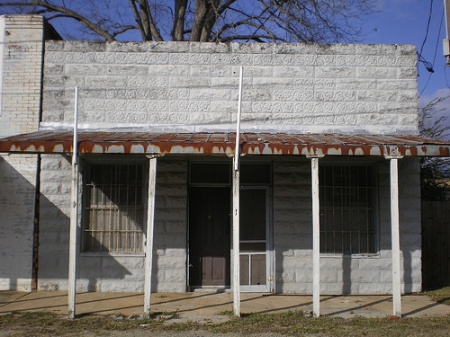 Chuck Goins wrote in 2011: My grand-parents, E.J. & Ora Goins ran a fish market & store in this building for years. He passed in 1968, but she continued to operate the store until the late 80’s. It was well-known for the best hamburgers (cooked to order) by summer field workers and locals. He also learned that it was originally built as the town’s ice house. In October 2014 he noted: …the building no longer stands, and is in (the) process of being demolished. I also discovered that the blocks used for this building (as well as those used in the Pickett House on North Pickett Street) were supposedly cast right there in Ty Ty from molds purchased and built for that purpose. 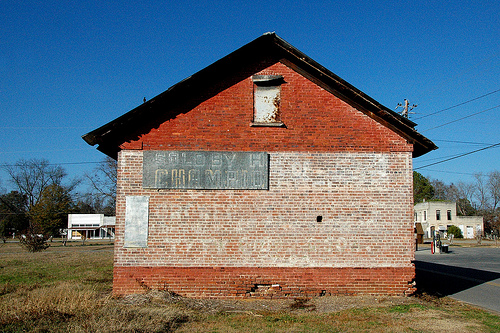 Thanks to Ronny Yawn for the identification. 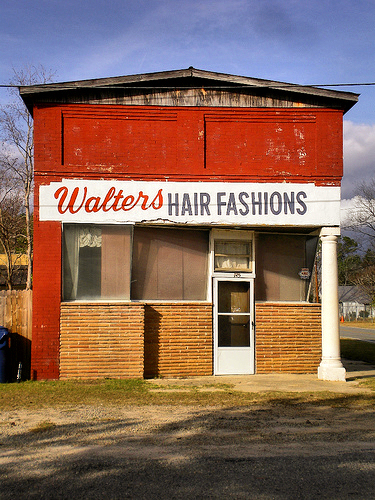 This is an old bank building which has served various tenants over the years.  Its historic appearance has been significantly altered.