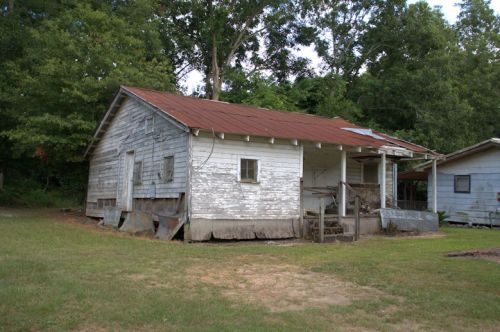 West Side Church of God, Westwood

This is one of two abandoned churches in Westwood.

West Point Baptist Church is an historic African-American congregation in the Westwood community of Fitzgerald. Westwood was populated by skilled African-American machinists, most of whom worked in the nearby Atlantic Coast Line Railroad shops. It’s interesting that the establishment of the church predates the settlement of Fitzgerald and the location of the railroad by nearly 20 years. The present structure was built in 1972.

The church, which is the center of the Westwood community today, recently lost its well-loved and long serving pastor, Reverend Willie B. Pride (1938-2020). 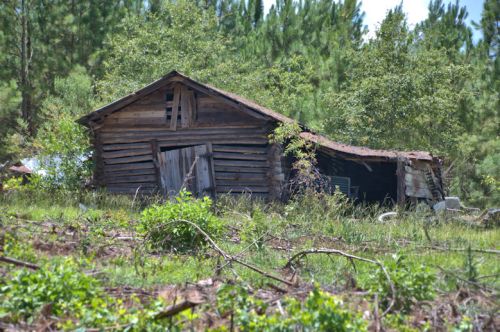 This barn was recently exposed after some trees were cut. Susan Sheppard Brown notes that it was built by her grandfather, Bill Sheppard, circa 1960, from pine saplings he cut on the property. 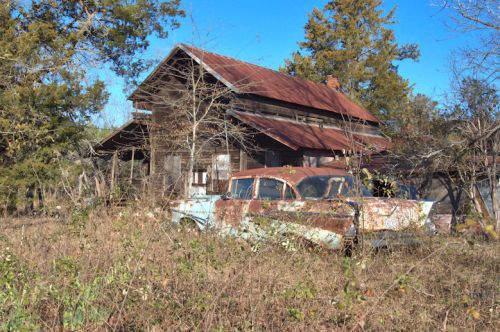 This historic home (seen here in 2014), was owned by the late George Horton Williamson (1928-2019). It was recently torn down. According to his granddaughter, Wendy Young, Mr. Williamson was born and raised in the house. I believe it was among the oldest houses remaining in Ben Hill County, possibly built in the 1870s by Mr. Williamson’s grandfather, Charles M. Williamson (1845-1920). This section of the county has long been known as Williamson’s Mill, for the family who operated a shingle mill in the area and founded Salem Baptist Church. The house was certainly an important link to the early history of this community.

This simple vernacular farmhouse was located on Morning Glory Road. The photograph dates to 2002 and the house was razed not long after. 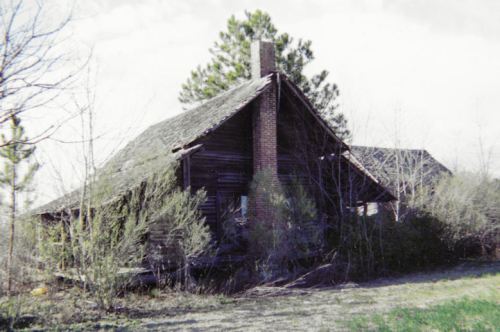 I made this photo of a 19th century farmhouse in 2001. It was located in western Ben Hill County off Lower Rebecca Road and was likely among the oldest domestic structures in the county. It has been gone for many years. 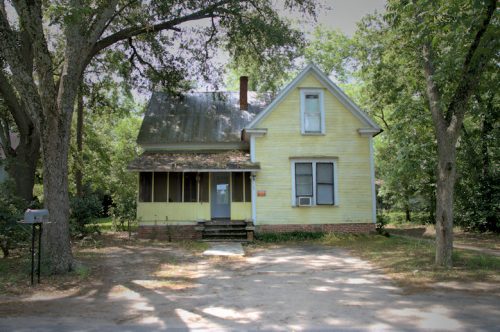 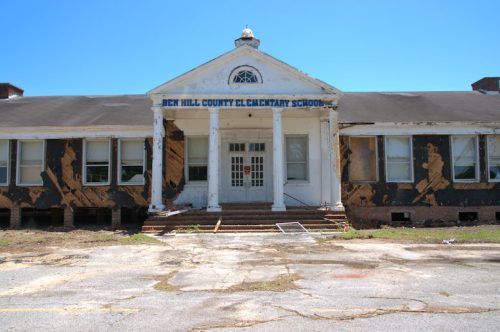 When word came recently that my old elementary school was being demolished, I was already expecting it but it still brought a rush of emotions. This is where I spent most of my life from the 1st through 7th grades.

I made this photograph of the school in 2010.For more photographs and a bit of history, visit the original post.

Ben Hill, like many Georgia counties, had a city and county school system well into the late 20th century. Lynwood was the county school. During my lifetime, it was officially known as Ben Hill County Elementary School. 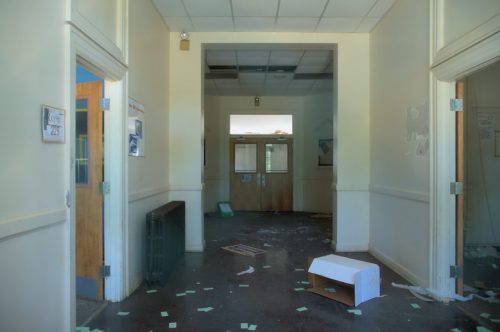 The structure has been vacant for quite a few years and has been deteriorating. 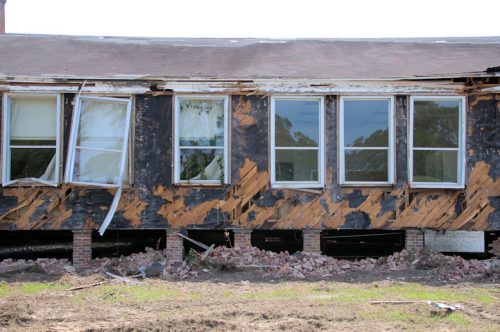 There are dozens, if not hundreds, of old schoolhouses like this wasting away all over Georgia.

A few counties have successfully put theirs to use, but that’s the exception, not the rule.

People always ask why a place like this is torn down and not put to good use. 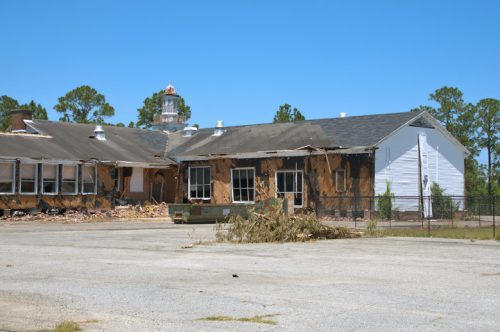 The answer is never simple, and can be attributed to numerous factors, including political calculations, lack of funding, and the absence of a community effort.

In the case of Lynwood, a recent explanation arose of the need for a traffic roundabout on the adjacent state highway. 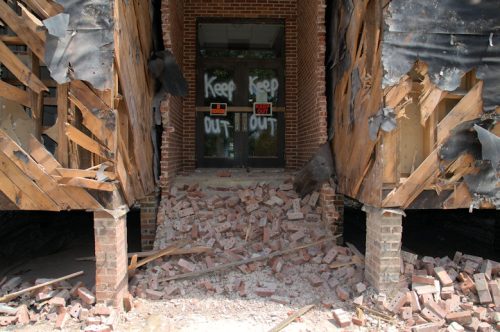 I hope the roundabout makes the area safer, but I know I’ll miss my old school on the hill.

Following are interior shots made just before the deconstruction was complete. 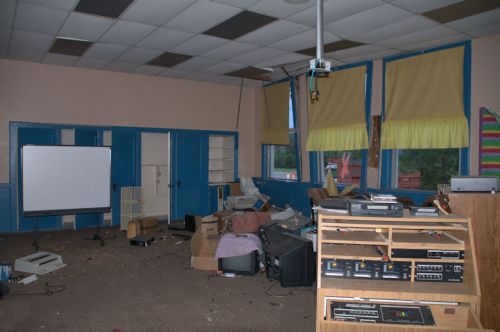 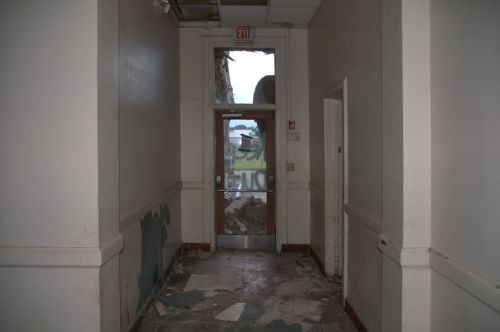 Side hallway (this was the way to the concession stand). 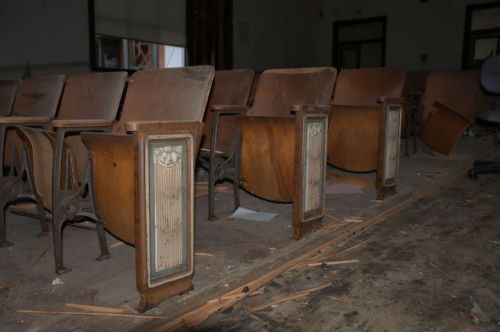 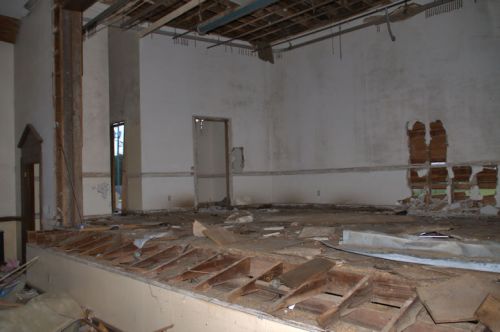 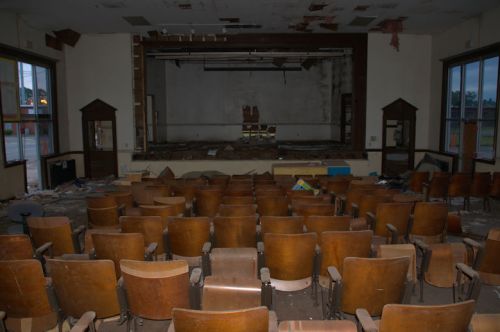 Pioneer settler David Belton Jay built this home on the edge of the newly settled town of Fitzgerald circa 1900. It would have been a country house at the time but is now well within the city limits.

My friend Lydia Jay Mason shares some historical background on her great-grandfather in the heartfelt memoir Growing Up Southern: In 1896, David Belton Jay, affectionately known as D. B., moved his family to Fitzgerald… from Morgan, Georgia…Later, that same year, his parents, James Lemuel and Priscilla Jay, followed them to Fitzgerald and were two of the thirty-four charter members of the First Baptist Church in Fitzgerald.

Jay was instrumental in 1905 in leading the drive for Fitzgerald to leave Irwin County and form its own county, Ben Hill…There is a story of how several men from Irwin County wanted to meet D. B. Jay in a duel because of his desire for Fitzgerald to become a new county. The men knew that would lead to the taking of revenues from their county.

A 1943 newspaper account by Jesse Mercer notes: Soon after the colony had been established and before I moved to Fitzgerald an effort had been made to move the county seat to the city from remote Irwinville, a very difficult thing to do in Georgia…Jay was a prime over in the undertaking, as in everything for the community advancement. Returning from a remote district in the then large county, he met in the road a party of active and violent opponents to removal. Then and there, during the inevitable controversy that ensued, an attempt was made to assassinate him, and it was his single-handed, manly and courageous stand that saved his life.]

The Frank Eppes family has owned and lovingly maintained it for many years.