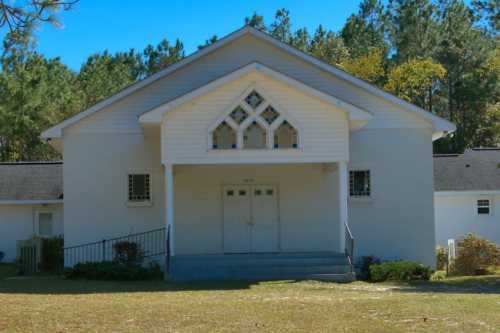 Nevils Creek is the oldest church in Bulloch County and one of the oldest Primitive Baptist churches in Georgia. It was constituted in 1790. A single headstone is located beside the church: John Neville served in the 2nd South Carolina Regiment during the Revolutionary War. He may have been the founder of the congregation. 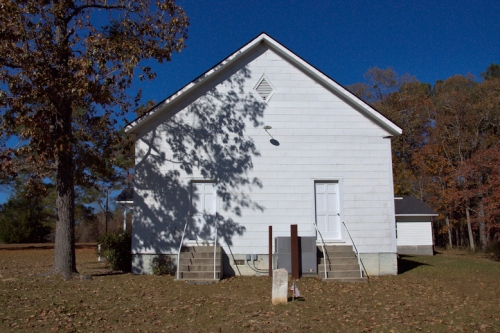 In 1790, a Methodist society that became Union church was organized in the home of Joshua Hodges, Sr. Hodges was a Revolutionary War veteran who had recently moved his family, including four sons, to the area. Members of the Methodist society set aside a tract of land west of the Hodges house, known on early land records as “Meeting House Reserve” and a log meeting house was constructed by 1792. The trustees were Joshua Hodges, Sr., Joseph Jackson, Jarvis Jackson, Catherine Hodges, Griffin Mizell, and Samuel Williams.

In 1834, the second church was built to replace the log structure. It was built of planks and sat on log pillars. It was replaced by the present structure in 1884, incorporating materials from its predecessor in the altar rails and some of the pews. The altar rail was crafted by Robert W. Stringer.

This small congregation was founded in 1898. The quaint little church stands on the curve of a winding dirt road, just off Highway 57. A beautiful pond serves as its backyard. 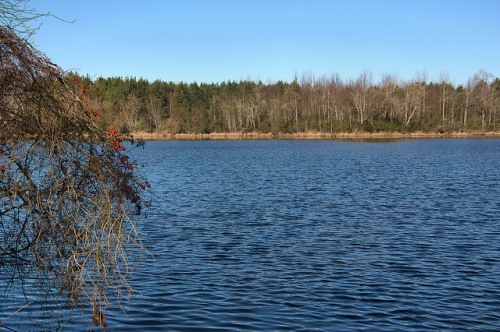 This congregation dates to 1902.

I rarely pass this church without wanting to stop and photograph it. It’s one of the most historic in Bulloch County, and without a doubt, one of the most beautiful Primitive Baptist churches I’ve ever seen. 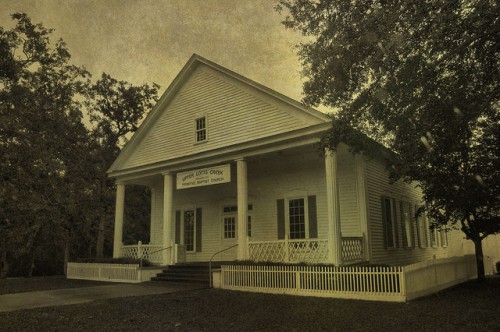