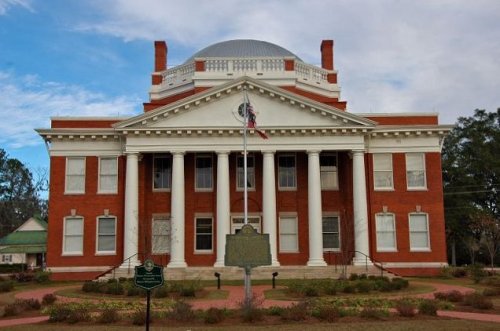 Designed in 1908 by Savannah City Hall architect Hyman Wallace Witcover, this iconic and unique Georgia courthouse was recently restored. It is among the best examples of the so-called Jeffersonian style in the state, and the only courthouse of this form. A newer, more modern courthouse was constructed across the street to accomodate Effingham County’s population boom. (Thanks to Tracy for allowing access to the courtroom). 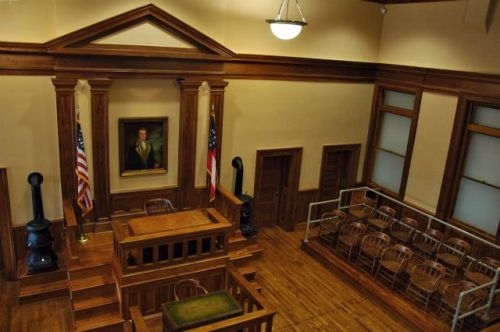 View from the gallery to the jury box. 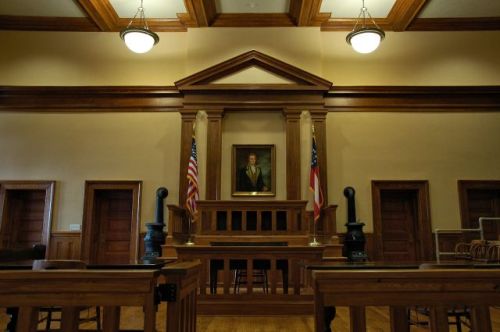 A portrait of John Adam Treutlen by George Mandus hangs behind the judge’s bench. Treutlen, the son of an indentured servant who went on to become the wealthiest plantation owner in present-day Effingham County, was early associated with the Ebenezer community as a student of John Martin Boltzius. He was the first governor of Georgia elected after the state adopted its 1777 constitution. He was brutally murdered by Tories at the end of the Revolutionary War, near Orangeburg, South Carolina. A nice overview of his life can be found here. 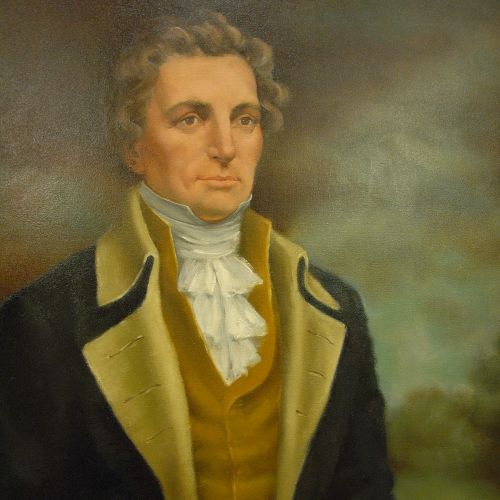 Effingham County should be commended for their excellent restoration of this unique historic courthouse. 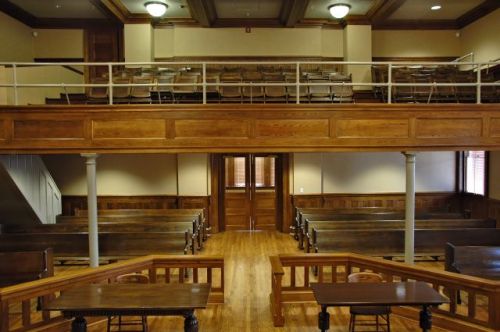