These snapshots were made by Frances Trammell McCormick in July 1940. This early pavilion (above) was quite different from the two that followed. It was an open-air shelter and likely held a concession stand. [I have a download of another snapshot from the same era of a much more elaborate structure which was identified as being at Crystal Lake but I’m having trouble confirming it; it seems unlikely that there would have been two large pavilions at the site around the same time].

The edge of the pavilion is visible at the extreme left of this photograph, made from the lake. A small wooden structure, likely a diving platform, is also visible. I believe there are cars parked near the shoreline.

Shoreline from the lake

A couple walking on the beach, with the slide visible to the left

This huge Folk Victorian was located at the corner of Orchid and Violet Roads, off the Lax Highway. The photograph dates to 2001 and the house was gone before 2008, I believe. Thanks to Debbie Paulk Mixon, granddaughter of W. H. Paulk, for the identification. 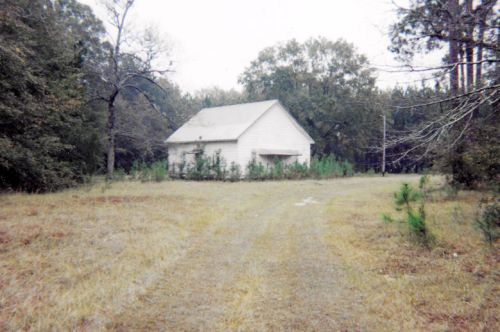 This photograph dates to 2000. The church, located off Five Bridge Road, was razed by 2007. There is still a cemetery at the site.

This was located on Snapdragon Road.. The photograph dates to 2001.

This farmhouse was a landmark on Old Valley Grove Church Road. The photograph dates to 1996 and the house was razed by 2007. Owned by Otto Griner, it was home for many years to the Roberts and Griffin families. 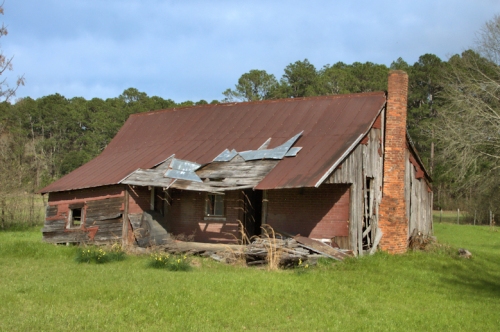 I’ve been photographing this wonderful tenant house for nearly 15 years. It’s a great example of a once-common form. 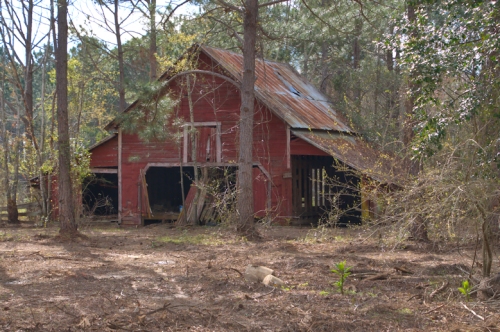 On 17 December 2019 around 11:45 AM, an EF-2 tornado touched down near Mystic, with sustained winds up to 125 mph. It traveled northeast from Mystic into Ben Hill County, doing significant damage on Old Whitley Road, Vo-Tech Drive, Lake Beatrice and Pine Level Church Road.

The damage in Mystic was concentrated around the campus of the old Mystic High School (later known as Irwin Academy and Grace Christian Academy), which has recently been serving as a church. 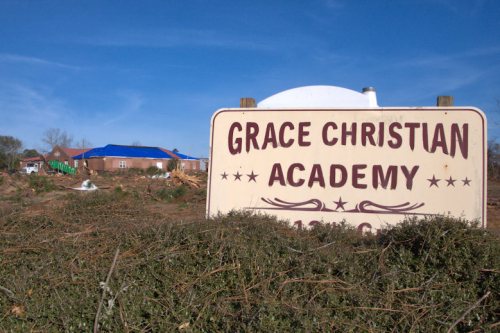 The main building is still standing but sustained serious damage, especially to the roof. Hopefully, it can be saved.

Other structures on the property didn’t fare as well and will likely have to be razed. 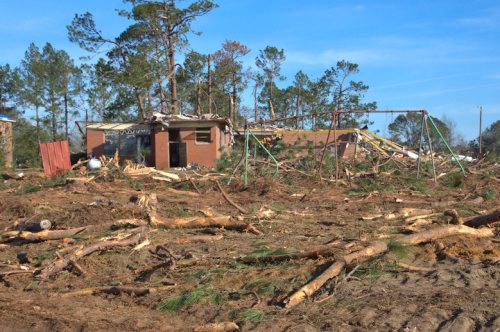 Most of the focus now is on cleanup and an amazing amount of work has been done in the week since the tornado. 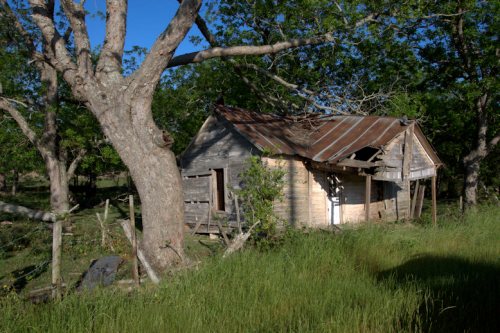 I’ve made many photographs of this house over the past 20 years. It hasn’t changed much in all those years, but looks like its days are numbered.

The owner of this property told me the house was over a hundred years old. The porch roof and front gable may be later additions.