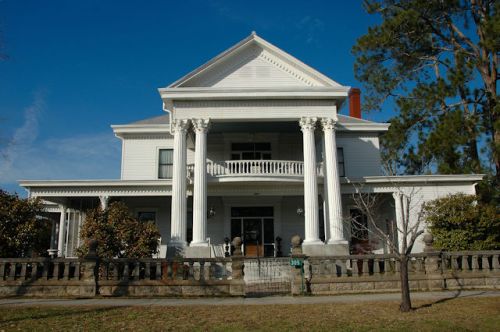 This was the home of Moultrie entrepreneur James Nelson Pidcock, Jr. The Pidcocks were involved in numerous pursuits in turn of the century Moultrie, including railroading and banking. In recent years, it was the home of Julian Bridges Florist. 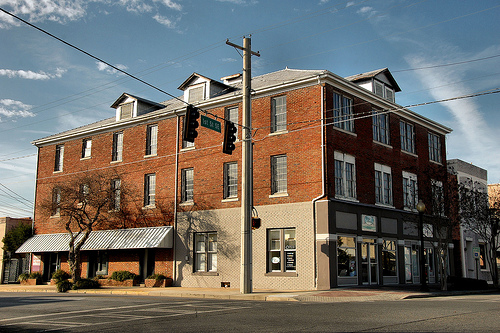 The lot on which the Norman Hotel was built originally was occupied by the Central Hotel, a two-story wooden structure built in the 1890s. Soon after the turn of the century, the hotel was renamed the Southern Hotel.

Jeremiah B. Norman was a local businessman who had grown wealthy from timber and naval stores in the 1890s.  He then moved to Moultrie from nearby Norman Park and began buying property and buildings in downtown Moultrie. In early 1908, Norman bought the Southern Hotel. Later that year, a fire broke out in the vicinity of the kitchen, and the entire hotel burned down. Norman then built a new three-story red-brick hotel, which he named the Norman Hotel. The new hotel was the second largest in Moultrie and featured steam heat and electric lights.

In terms of architectural style, the Norman Hotel was of simple design with little detailing except for a cornice at the top, small pediments over the two doors, and three ventilation dormers that project from the hotel’s sloping roof.

In 1915, Moultrie’s postmaster rented a section of the Norman Hotel’s first floor for use as a post office. The hotel continued to house Moultrie’s post office until a new Federal Building was completed in 1919. After the post office moved out, the front corner area of the hotel was remodeled to serve as a restaurant.

The Norman Hotel apparently did well. For one thing, it was the closest hotel to the passenger train depot, located five blocks away. At the time, most businessmen and salesmen traveled by rail, and by 1920 Moultrie was served by 14 passenger trains daily. So, the Norman Hotel’s proximity to the train depot was important. Evidence of hotels’ success can be seen that by 1920, it had a sample room on the first floor for traveling salesmen to display their wares. Also, a smaller building adjacent to the hotel that housed a barbershop now served as a hotel annex.

In the 1950s and ‘60s, the Norman Hotel suffered the fate of most small town hotels across America. The declining use of passenger trains and the rising popularity of motels forced the Norman Hotel to close in the 1960s. Since then, the ground floor of the building has been used for various purposes, including a coffee shop, boutique, and other stores. The original pediments above the doors no longer remain. Also, the brick exterior outside the first floor has been covered with light-colored masonry facing. Currently, the rooms on the second and third floor are vacant.

In 1994, the downtown Moultrie commercial historic district was listed on the National Register of Historic Places. The old Norman Hotel building was considered a contributing building in the historic district.

Many thanks to Joanna Cook for pointing me in the right direction! 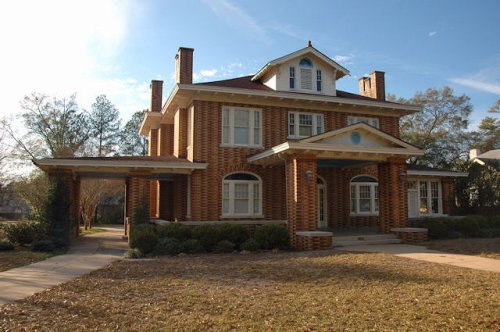 Janet Hodges Tucker writes: This house was built by J.L Ladson. Every brick was handmade, and had Mr. Ladson’s initials on each. All of the steps and window sills are North Georgia graniite, mined specifically for this house. Every room, except the kitchen and a luggage room upstairs has a fireplace, made of North Georgia marble – again, mined for this house. The house was built from the basement up, with all the interior walls being solid brick. I lived here from 1950 -1985. 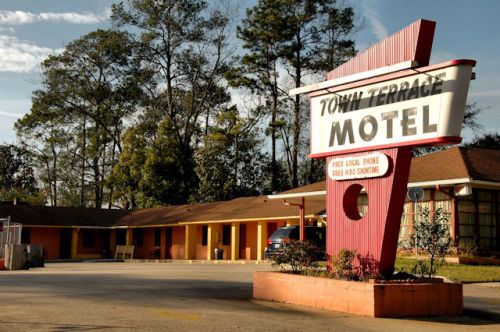 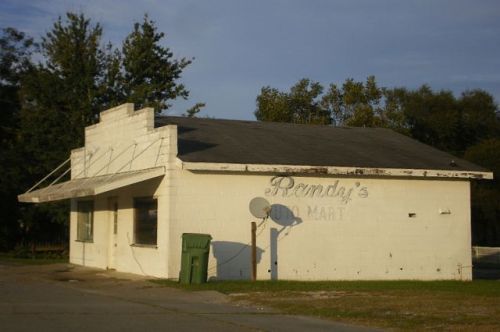 Apparently, the last business located here was Randy’s Auto Mart, but Bonnie Murphy Eusner writes, via our Facebook page: This store was operated by Mr. Hall Bennett in the 50s and 60s. He was a hunting friend of my Dads. I thought,as a child, this was a huge store. My parents sometimes shopped there and Mr Bennett also had a butcher shop in the back. Children may have called him Mr. Hall in the southern tradition of speaking to an adult using their first name as a matter of respect. But his name was Hall Bennett. He had a son named Jerry Bennett. They lived further out toward the present by-pass on the same road that the store was on. My family has a picture of some of the local deer hunters of the early 50s surrounding a piebald deer killed in Ludowici GA. Mr Hall Bennett was among them. They were all dressed so smartly. No smiles Sort of looked like a posse. Picture is treasured. Mr Bennett was a big man and a really nice gentleman. 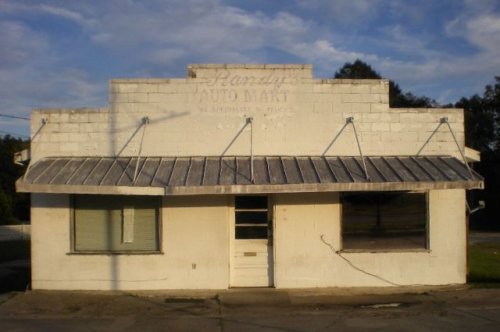 Judy Plymel remembered it by Mr. Bennett’s first name and also shared her memories: This used to be Hall’s Grocery, back in the day. Rich Oil used to be across from it. I use to go down here, get my grandma 3Thistle Snuff, peppermint pillows and a small bottle Coke, all for a quarter. This was back in the 60’s. They had oiled floors and a meat counter in the back. you could get your own cookies out of the canisters up front and Mr. Hall would let me go behind the counter and get my candy; it wasn’t wrapped but laid out fresh in the display. 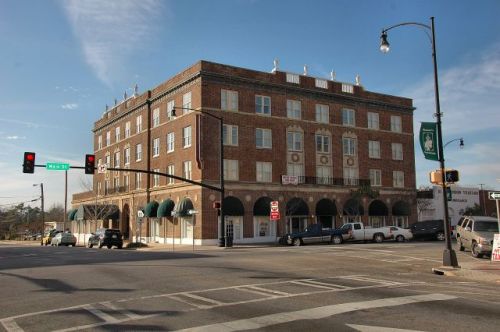 Mary Willis Cantreel recalls: The first time I ever went inside the Colquitt Hotel was the Annual Staff banquet in 1953 or 54. The splendor of the lobby, that high ceiling and all the marble and brass… it looked like the inside of an MGM movie set!  In the early 2000s, a mixed-use renovation of this structure was done, which compromised some of the interior architectural details but allowed the landmark to remain vital to the downtown historic district.  It was renamed the Colquitt Tower at that time.