Situated behind the iconic Woodland plantation house is this amazing survivor, an enclosed dogtrot thought to have been built by the first McArthur family member to settle here; their ownership of the land dates to 1827. It is possibly the oldest house in Wheeler County. After use as a storage shed for many years, it was restored in 1993.

This is one of the last remaining dogtrots in Ben Hill County. Like many examples of the style, it was later enclosed as a central hallway form. 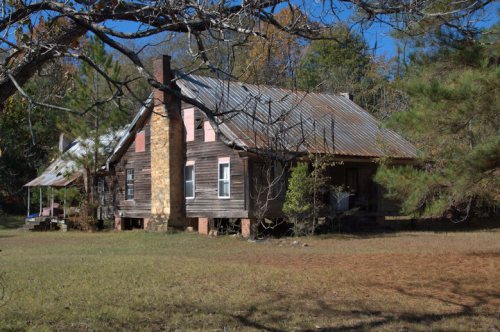 This house is remarkably well-preserved, though the open hall is now used for storage.

Frontier Village is a collection of publicly accessible historic structures located adjacent to the replica of the 1816 blockhouse. There’s no admission cost. The two houses below are a good general representation of early styles common in the area in the 19th century.

Newt Engram Dogtrot House. Originally located in Lightard Knot Springs near Zetto, this is thought to have been built by Seaborn P. Engram and passed to Newt Engram. (Some Engrams in Clay County spelled their name with an “E” while others in the family spelled it with an “I”. Since I’m not a genealogist, I’m not quite sure the distinction).

The original front door appears to have originally been a much wider opening, suggesting the house was built as a dogtrot. 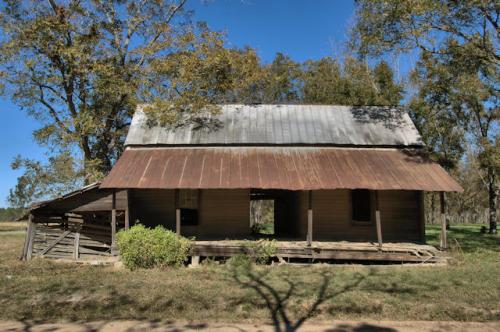 Located southeast of Reidsville, this dogtrot is an amazing survivor. From my perspective, these are getting harder and harder to find. 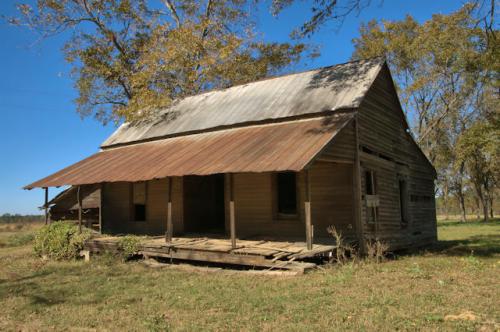 If you’ve ever traveled Georgia Highway 125 between Fitzgerald and Tifton, you probably recognize this house, situated slightly west of Irwinville. I’ve been seeing it my entire life and only learned some of  its history today. It was the home of Elbert George McClellan Fletcher (1866-1952), likely built around 1889, when he married his first wife, Mary Jane Elizabeth (Polly) Hobby Fletcher, who died in 1916. Upon Polly’s death, Elbert married Ruth Turner Fletcher (1870-1956) in 1917. The house was built as a dogtrot, and originally contained an annexed kitchen, which has since been removed. It would have been a “fancy” dogtrot compared to the cruder log structures usually associated with the style.

Winston McDuffie shared these memories of the house: Elbert was quite dignified, handle-bar mustache, and walking stick, sitting on the front porch in his rocking chair. I can’t remember him talking much, and Toby and Ruth were together talking so there was not too much for a 5-6 yr old boy to do. There was a fence across the front, the gate had a chain with a weight to pull it closed, and there was a pomegranate bush beside the gate, always a pleasure to pick one. There was a cane-grinding set-up in the right-hand corner (towards Tifton), under the Oak tree. We attended a cane-grinding a couple of times. There was a barn on the left side, back behind the house. I remember Mama and Deal would pick cotton for John (son) all during school. The house had a dog-trot hallway, with 4 doors (2 per side), and opened onto a porch all across the back of the house. There was another dog-trot off the porch to the separate kitchen. The first door on the left was the sitting room, and the other 3 were bed-rooms. Toby and I slept in the one adjacent to the sitting room when we spent the night. There was a full grand-father clock in the room, but I can’t remember what any other furniture was like. No grass in the yard, it was swept clean with gall-berry brooms. 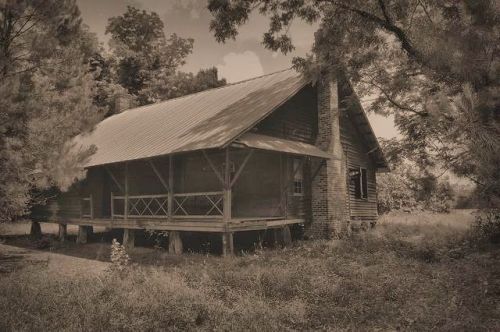 This was the birthplace and childhood home of the late centenarian, Leta Mac (McCall) Stripling. It’s located on her descendants’ farmland near the Altamaha community and is soon to be restored.

From the front porch a view down the partly open breezeway, or dogtrot, leads to the rear kitchen, seen below. 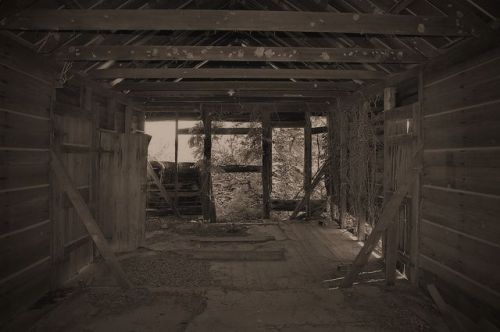 An ancient fig tree grows wild beside the kitchen.

The bedrooms were quite spacious to accommodate large families. The original mantel remains in one, but is absent from another.

The small room seen below, at the front corner of the house, was probably used for storing vegetables or other essential items, though I’m unsure of its purpose. It’s much smaller than the two bedrooms.

This is one of the most unmodified dogtrots I’ve seen and I’m grateful to the Stanleys for allowing me access. 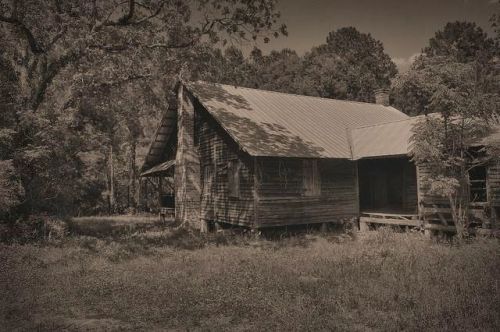 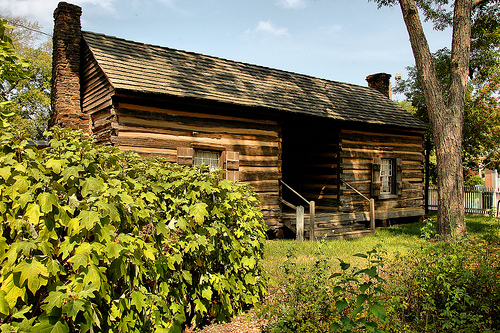 This venerable structure, along with an old kitchen, are located in the back yard of the Bedingfield Inn. Thanks to Carly Elisabeth Kleinschmit for the identification. Cornelius Lynch was her great-great-great-great grandfather.