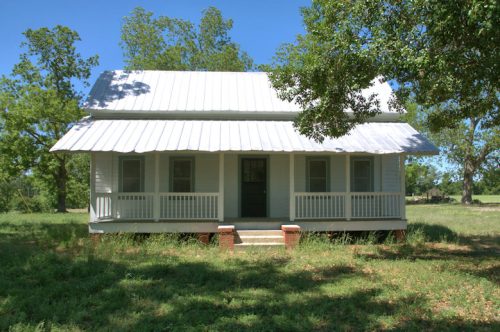 Alex Collins reached out to let me know that he was in the process of restoring this structure, a well-known landmark to travelers between Reidsville and Glennville in the Hughland community. He wrote: My great grandfather Claude Sands purchased the house with 350 surrounding acres from Idy Newsome in 1941. The farm was a fully functioning homestead built circa 1882. The house has remained in my family since then. Until the early 1970’s it maintained a working smokehouse, hog lot, chicken coops, and a barn for livestock. Tenant farmers lived in the house until 1980, and after that, the house became a storage space for the family. I, along with my Aunt and Uncle (Regis and Steve Kimbrell), started a restoration in the spring of 2019. Currently, 5 generations of my family have lived on the property. 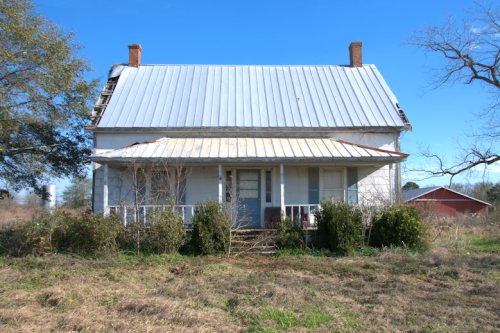 This farmhouse near Mendes likely dates to the late 19th century. I believe it may be associated with the Durrance family who are quite prolific in the area. 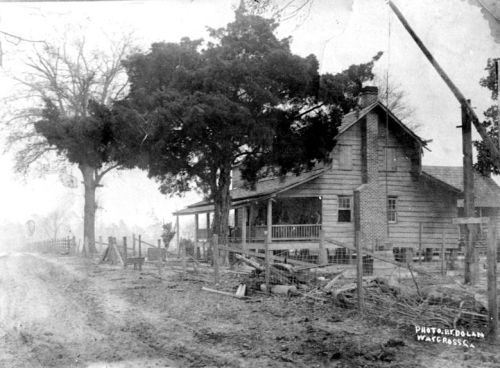 1906 albumen photograph of the Knight-Dubberly House by Dolan of Waycross. Courtesy of the Perkins Collection, Glennville-Tattnall Museum

One of Tattnall County’s most important landmarks, the Knight-Dubberly House is an excellent example of the Plantation Plain style. Built by the Reverend Seth Knight (1795-1853) in what was then the village of Philadelphia, it is the oldest house in Glennville and among the oldest in Tattnall County. Reverend Knight served as Treasurer of Tattnall County and a justice of the inferior court. His plantation, anchored by this house, covered over 700 acres and Sea Island cotton and rice were its two chief crops. 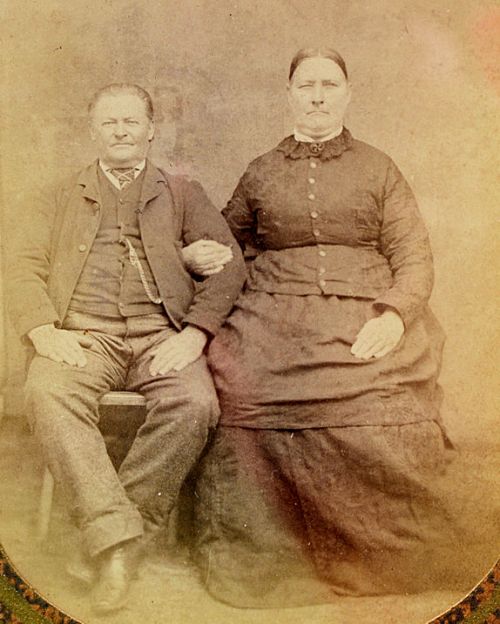 It is unclear when William Dubberly (1827-1895) purchased the house but it was around the time of the Civil War. The war actually came to the doorstep of the Knight-Dubberly House. According to Dylan Edward Mulligan: On 14 December 1864, a band of Sherman’s army under Colonel Smith D. Atkins forced their way across the Canoochee River at Taylor’s Creek and invaded Liberty and Tattnall Counties. The Yankee invaders forded Beards Creek and marched into defenseless Philadelphia, where they camped in the front yard of the Knight – Dubberly House. On or about December 15, the troops awoke and awaited orders from Colonel Atkins. As they had already done much damage in other parts of the county, Philadelphia seemed fit for the torch. Before ordering the destruction of the plantation and the surrounding village, Colonel Atkins entered the deserted house, where he discovered a Masonic emblem displayed on the mantel. He had received orders from General Sherman not to lay a hand on any property belonging to Masons, as Sherman himself allegedly belonged to the brotherhood. Atkins begrudgingly ordered his troops to leave the village, claiming that there wasn’t much worth burning there anyway. Despite his orders, some renegade troops had already ransacked part of the property, doing no significant damage. And thus, the Knight – Dubberly House was the savior of the village.

William and his second wife Mary Ellen Smiley Curry Dubberly (1832-1902) were the leading citizens of the village of Philadelphia, which eventually became the city of Glennville. William had deep roots in Philadelphia. He was the son of two of the village’s original settlers, Joseph and Holland Anderson Dubberly, and the grandson of Tattnall County pioneer and Revolutionary War veteran John Dubberly. Dubberly served as Justice of the Peace in the years following the Civil War, earning him the honorific “Squire” or “Squire Bill”. The area around Philadelphia grew rapidly in the years following the war and Squire Dubberly lived to see it become the city of Glennville in 1894.

I am most grateful to Dylan Edward Mulligan, one of Glennville’s finest historians and the great-great-great grandson of William Dubberly, for sharing all the history and all of the vintage images. This post would not have been possible without his assistance. Dylan has a passion for the history of his home county that’s rarely seen these days. You may know him as The Georgia Sandman; he builds magnificent sandcastles along the Georgia and Florida coasts in the image of historical structures. If you haven’t seen his work, you really should pay him a visit on Facebook.

Please note the house is located on private property and is not accessible to the public.

The Tattnall Bank Building is the the most distinctive commercial structure remaining in Reidsville. The bank was founded in 1900 and closed in 2009. 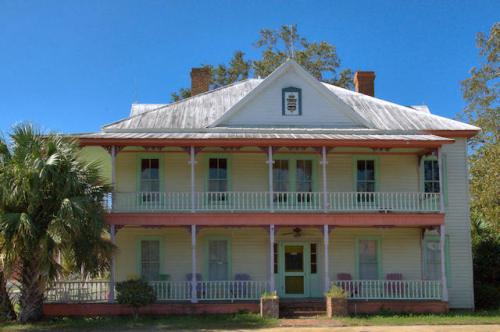 Zachary (1850-1930) and Mary Jane Nelson Smith (1857-1924) moved from North Carolina to the Shiloh community outside Reidsville in 1893 They first operated a hotel on this location in 1905, but it was lost to fire soon thereafter. They rebuilt the present structure on the same site in 1908. Their in-laws, the Nelson family, moved to Reidsville in 1913 and assumed management of the hotel. It’s known simply as the Nelson Hotel today and most recently served as a bed and breakfast inn. It’s presently for sale.

There are several historic outbuildings on the property of the Alexander Hotel. A sign indicates that this is the old post office from the Altamaha community.

At his wife’s suggestion, Dr. Orlando L. Alexander (1852-1920) built this hotel, where the couple kept a residence, as well. Dr. Alexander was a local physician who received his medical schooling at the Johns Hopkins University in Baltimore. He served on a statewide medical conference in 1905. The hotel was built by D. J. Nobles, a master carpenter from Hagan, Georgia, who was responsible for as many as 25 structures in the general area; it was the first location in Tattnall County to have electricity and the first to have telephone service.

This is part of a property that features several salvaged historic structures originally located elsewhere in the county.